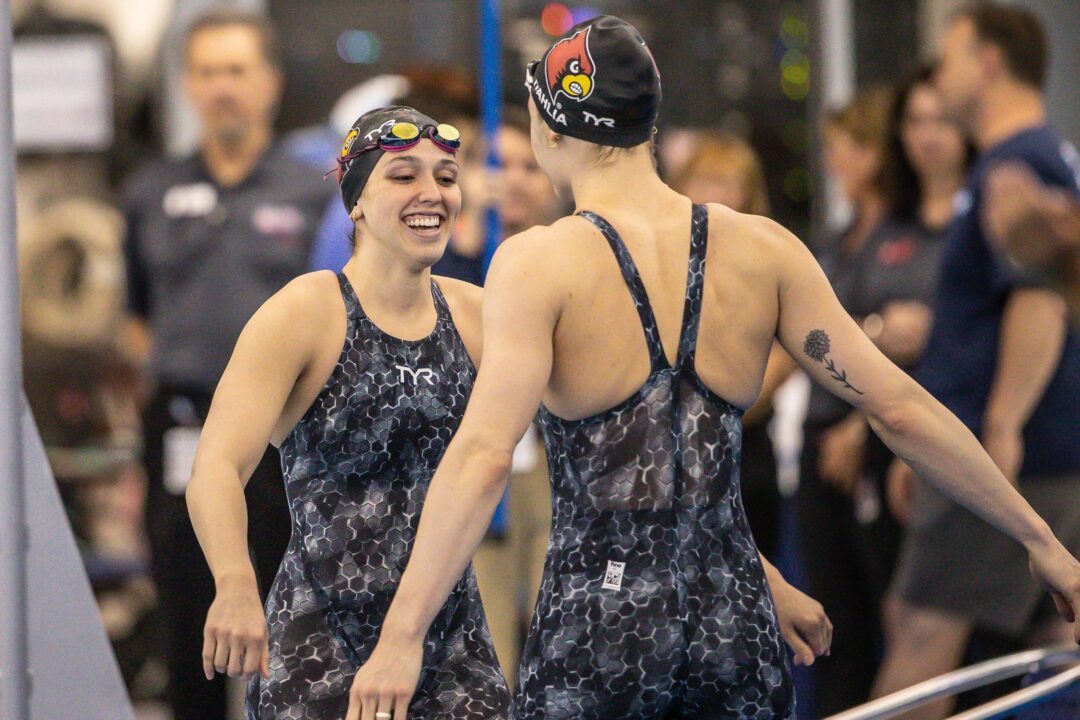 The race for sixth is expected to be a tight one at the 2023 Women's NCAAs after 6th-9th place were separated by just 31.5 points last season. Archive photo via Jack Spitser/Spitser Photography

Our most recent poll asked SwimSwam readers which women’s team will be the top finishers this season among those out of last year’s top five:

Question: Which team will finish highest at the 2022 Women’s NCAA Championships?

The 2022-23 NCAA campaign is upon us, and it’s time to start prematurely prognosticating on what’s to come at season’s end.

The Division I women’s landscape seemingly has a clear top-five—there was an 82.5-point gap between fifth and sixth-place last season, and it’s hard to imagine any of the schools outside of the upper echelon manage to erase that gap.

Right now, it looks like Virginia at #1, Texas and Stanford battling for second, and Alabama and NC State in the fight for fourth. But beyond those teams, the race for sixth is much more wide open.

Louisville, Michigan, Cal and Ohio State placed sixth through ninth last season, and were separated by just 31.5 points. Furthermore, 10th-place Tennessee had several swimmers finish well off their times done one month earlier at SECs, suggesting there’s potential for much more at the national level.

That brought us to the poll question of which of them would finish highest (likely sixth), and it yielded competitive results.

Over 26 percent of readers predict the Cardinals will maintain their spot in sixth, while 22.5 percent picked the Lady Vols to make a big move up after placing 10th last year.

Louisville has lost no individual scorers, while Tennessee also has minimal losses and has the talent to improve from last year, it’s just a question of whether or not they prioritize NCAAs over SECs.

Despite all of the uncertainty surrounding the Cal women this offseason, 20 percent of voters are confident they’ll still outperform last year’s eighth-place showing, while more people picked a team that finished outside of the top 10 last year (8.2%) than seventh-place Michigan (7.8%) to take sixth.

The Wolverines lost more than 80 percent of their individual points, most notably with the departure of Maggie MacNeil, who was also the driving force behind their relay performances. As a result, staying in the top 10 would probably be viewed as a successful year.

Below, vote in our new A3 Performance Poll, which asks: Which men’s team that finished outside of the top four last season will finish highest at the 2023 Men’s NCAA Championships: