Craig Lord over at SwimNews.com scored himself an interview with Cornel Marculescu, the Chief Executive of FINA. I won’t rehash... 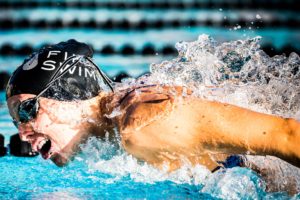 Craig Lord over at SwimNews.com scored himself an interview with Cornel Marculescu, the Chief Executive of FINA. I won’t rehash the details (he did a fine job of sharing some important quotes), so check out the original story if you want to see them.

It comes to no surprise to this observer that some of the mud slung FINA’s way was due to simple miscommunications and a lack of full-information before conclusions were jumped to. Yes, FINA deserves some criticism for the lack of proper safety precautions at the initial event (which Marculescu admitted to, and apologized for). And yes, it’s easy, because they made a huge mistake in the original event, to confuse that with wanting to pile on the organization. But their report was ultimately quite forthcoming and thorough.

Marculescu, interestingly, responded that he had not spoken with the task force at all, despite some implying that FINA sent the initial report back to the Task Force for some sort of dubious rewrites. He also responded to Dick Pound, the head of the USA Swimming Open Water Safety Committee, who claimed that FINA was not willing to share any information in the process of their report. Marculescu’s comments make it clear that this was simply a case of miscommunication, because FINA was contacted by a law firm in New York rather than by the OWSC, and apparently didn’t make it clear what their intentions were for requesting information.

Of course, most are probably going to write off the chief’s comments as just double-talking and politicking, but it seems to be pretty clear that FINA does not have the total lack of care about athletes’ safety, as may have been implied otherwise.

They still have a long way to go to correct for their transgressions, but they appear as though they are ready and willing to make those corrections to prevent as much tragedy as is possible…if they will be allowed to do so.

Marcelescu is currently in Shanghai inspecting, among other things, two potential venues for the open water event this summer at the World Championships. It appears as though FINA has no intentions of canceling or moving the race.