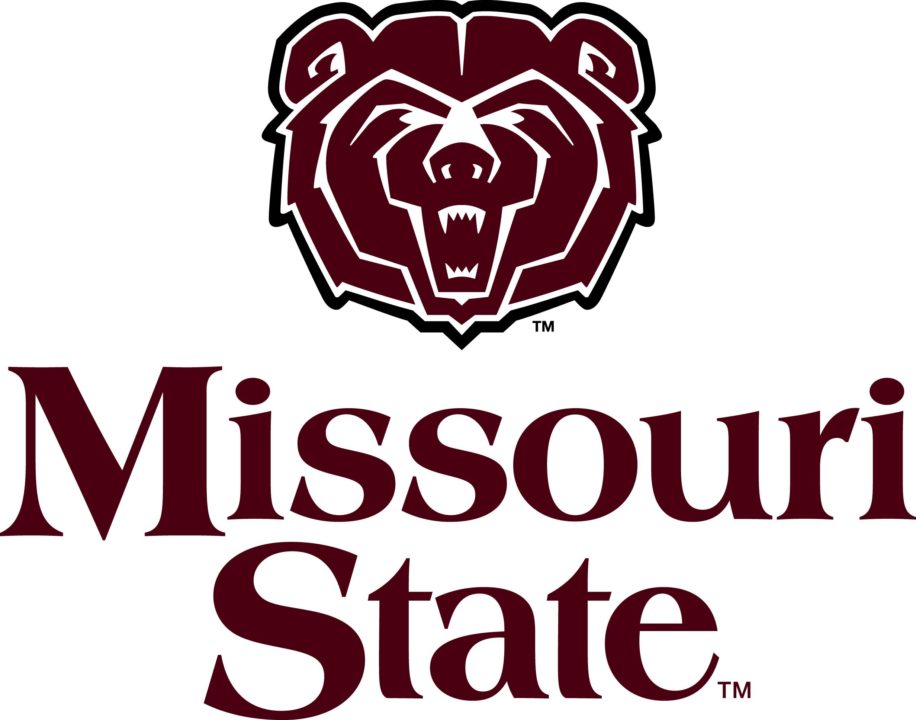 “We have a wonderful group of student-athletes that have made the commitment to join our program and continue what has become a tradition of excellence in the pool and the classroom,” Collins said. “It has been a great experience getting to know each one of these athletes and talk about the goals they have and the things they look forward to accomplishing while at Missouri State.

“I also take a lot of pride in the fact that all of our signees are from within the Midwest region,” he continued. “Our staff worked very hard to ensure that we have good relationships with the many quality club programs in the region, as well as communicate our vision for the future. These efforts have led to the signing of eight student-athletes that will contribute to the future success of swimming & diving at Missouri State.”

Will Brand • 6-2 • Free/Fly • Springfield, Mo. • Glendale High • Springfield Aquatics
Brand comes to Missouri State out of Springfield’s Glendale High School and Springfield Aquatics club team. Brand, one of the top prospects in the state, was named Swimmer of the Year at the 2013 Missouri High School Championships. He was the state champion in the 100 fly and was co-champion in the 200 free. He also competed in NSCA Junior National in multiple events. Brand’s sister, Olivia, is a sophomore outside hitter on the Missouri State volleyball team and his father, Curt, ran track at MSU and holds the indoor and outdoor school records in the high jump.

Collins on Brand
“Will is coming off a great performance at the Missouri high school state championships where he was named Swimmer of the Year. Will and his family have ties to Missouri State so it is a natural fit for him to join our program. He will be able to make an immediate impact for us in the butterfly events as a freshman. Will shows great character and motivation and I look forward to him becoming a major building block for the future of this program.”

Bresette, another highly ranked prospect, swims for Lee’s Summit North High School and the Kansas City Blazers. He was conference champion in the 200 IM and 500 free as a senior, and set the conference 200-free and 400-free relay records. Bresette was all-state in the 200 IM, 100 fly and 200 and 400 free relays as a junior. As senior team captain in 2013, Bresette broke the school record in the 500 free, while breaking school marks for the 100 fly, 200 IM and 200 and 400 free relays as a junior, and was recently crowned state champion in the 200 IM and runner-up in the 500 free.

Collins on Bresette
“It’s extremely exciting to sign an athlete with the level of untapped potential that Ethan shows. Ethan has tremendous size and strength for a high school athlete. As the Missouri state Champion in the 200 IM and runner up in the 500 Free, his talents will translate well to Division I swimming.”

Collins on Campbell
“Canaan is one of the top talents from the region. I have had the pleasure of watching him develop into a very well-rounded athlete that will have a substantial impact on our program and in the Mid-American Conference. Canaan’s broad range of events will give us an advantage against opponents in any meet format we compete in.”

Collins on Heye
“After a breakout summer, achieving multiple summer Junior National cuts, Chris has established himself as a top breaststroker in the Midwest. During his age-group career he has developed a very strong work ethic partnered with a strong set of goals which we are excited to help him achieve.”

Hanna Flanagan • 5-9 • Back/Fly/IM • Columbia, Mo. • Rock Bridge Senior High • Columbia Swim Club
Flanagan swims at Rock Bridge Senior High School in Columbia Mo., and for Columbia Swim Club, coached by Phil Garverick. Flanagan led her high school team to a sectional title in 2013 and state championship in 2012. She was all-state in three events and an NSCA junior national qualifier. She comes to MSU as a top-10 recruit in Missouri.

Collins on Flanagan
“Hanna has a great work ethic partnered with a strong swimming background, which will help us continue our tradition of butterfly and backstroke success within the conference. She is extremely excited to begin her collegiate career at Missouri State.”

Emma Wall • 5-5 • Back/Fly • Bolivar, Mo. • Bolivar High • Springfield Aquatics
Wall has qualified for NCSA junior nationals in the butterfly events and looks to begin her first year of high school swimming at Bolivar High School this fall. She will serve as a key building block in the startup program competing for the first time. The butterfly specialist will be one of the favorites to challenge for a state title at the Missouri state meet this spring.

Collins on Wall
“Emma has a personality and work ethic that will bring a lot of energy to our program. And, we have been able to watch her continue to improve during her prep career. I am excited to have her join our program and provide some great depth in the fly events that have become a real strength for us within the Missouri Valley Conference.”

Collins on Williams
“It is exciting to know that Lauren will be following in her parents footsteps by joining our program. Her work ethic will not only be felt in the pool, but also in the classroom. We look for Lauren to contribute in the butterfly and freestyle events during her time at MSU.”

Collins on Zupan
“With Sydney, the unknown is very exciting. She is a versatile swimmer and will play a role for us in her four conference meets. Sydney is a highly motivated student-athlete that will help our program continue to improve in the future.”