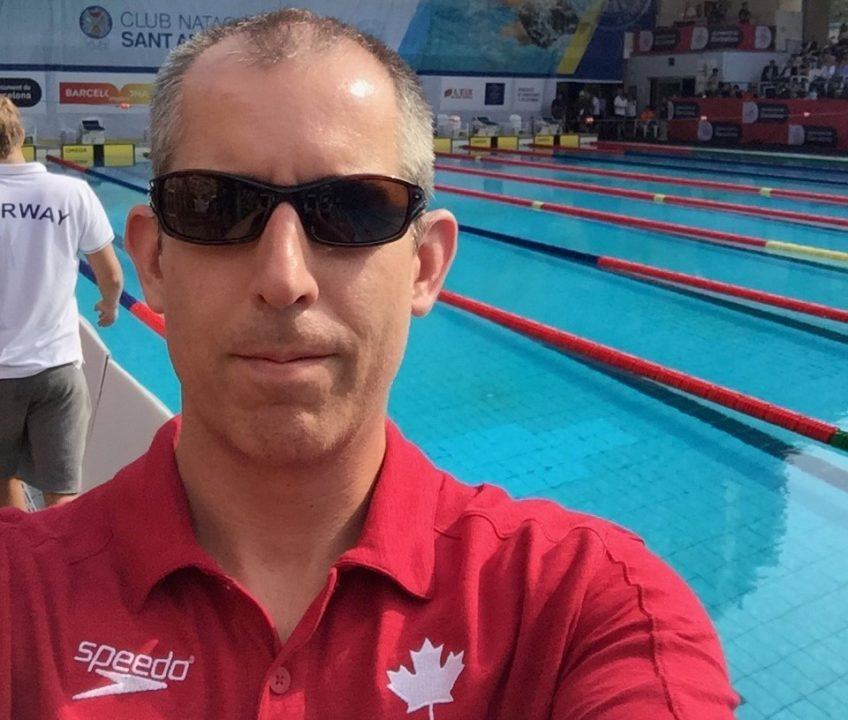 This is Pettifer's 2nd international competition after serving as an apprentice coach with the National Development Team at the 2015 Mare Nostrum tour. Archive photo via Swimming Canada

Pettifer is the 41-year-old head coach of the Richmond Rapids Swim Club in suburban Vancouver, where he’s developed among others Paralympian Jonathan Dieleman and 2016 World Championship team member Nicolaas Dekker. He served as an apprentice coach with the National Development Team (which Dekker was a part of) during the 2015 Mare Nostrum Tour.

“I like to take the time to think things through and do my research. That’s from relay selection, to environment, travel, to the athletes, the personal touch of who they are, where they’re going and how to get them there,” he said of his meticulous preparation as a coach.

The Canadian team will be chosen based on results of the Canadian Swimming Trials that will be held from April 3-7th in Toronto. Up to 20 swimmers will be chosen, though the selections will be subordinate to the World Championships and World Junior Championships. According to Swimming Canada, “the team will be made up of athletes focused on achieving podium results and who will have the potential to impact the Olympic team in 2020 and 2024.”