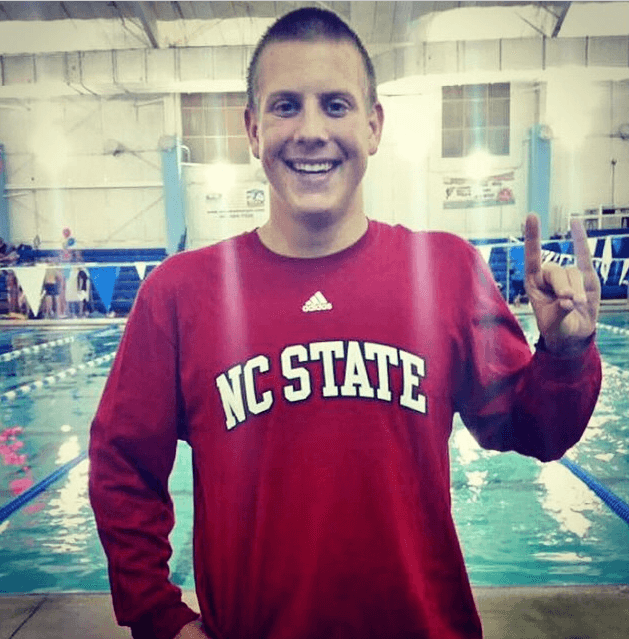 Poff, a senior at Hough High School in Cornelius, North Carolina, has visited the NC State campus a number of times. He first became interested in the Wolfpack swim team when head coach Braden Holloway visited and spoke to the Hough team when Poff was a high school freshman. Poff also was very aware of the prestige of NC State’s engineering programs, so in the end, it was the combination of academics and athletics that inspired Poff to commit to the Wolfpack.

“I am so excited to be joining the Pack family,” Poff said of his decision. “The coaches and team made me feel so at home that there was no place I would rather be! I can’t wait to get in on the success of the wolf pack swim program…go Pack!”

Poff is joining the fastest men’s Wolfpack team in history and will have plenty of talented swimmers to race every day in practice. In the meantime, he has been dramatically improving his personal bests over the past few years and will likely continue to drop time. For example, Poff has lowered his short course yards 200 Freestyle time seven seconds since 2012. The same is true of his short course 500 Freestyle: he has dropped a whopping 19 seconds over the past two years. Almost all of Poff’s best times have occurred within a year, showing that he is getting stronger and will continue to improve as he enters his freshman year at NC State next fall.