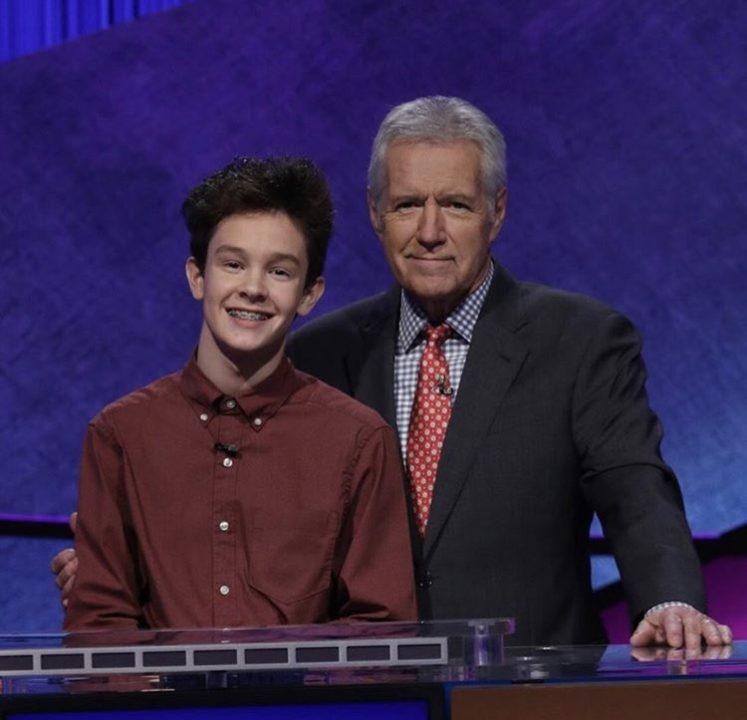 14-year old Justin Bolsen made it all the way to the semi-finals of the Jeopardy! Teen Tournament, earning $10,000 for his effort. Current photo via SwimAtlanta

14-year old SwimAtlanta swimmer Justin Bolsen bowed out in the semi-finals of the 2019 Jeopardy! Teen Tournament in an episode aired on Monday. He placed 3rd in his group and took home $10,000 for reaching the penultimate round of the tournament.

The television trivia-based game show Jeopardy! is enjoying a surge in popularity thanks to James Holzhauer’s revolutionary record-setting approach to the game unlike anything seen in over 50 years that it’s been on the air.

Bolsen must have been watching. The 14-year old was playing in the semi-finals of the Jeopardy! Teen Tournament (the episode aired on Monday) and bet it all on a “daily double” question in the 2nd round – his entire earned $6,600.

Bolsen’s bet didn’t pay off, though. He missed the question, taking him down to $0, and he wasn’t able to recover.

In his quarterfinal matchup, Bolsen won by a landslide, with a final score of $25,342, beating out 2 high school juniors (he is just a freshman). He was boosted in that match by pulling all 3 “daily doubles,” and getting all 3 correct.