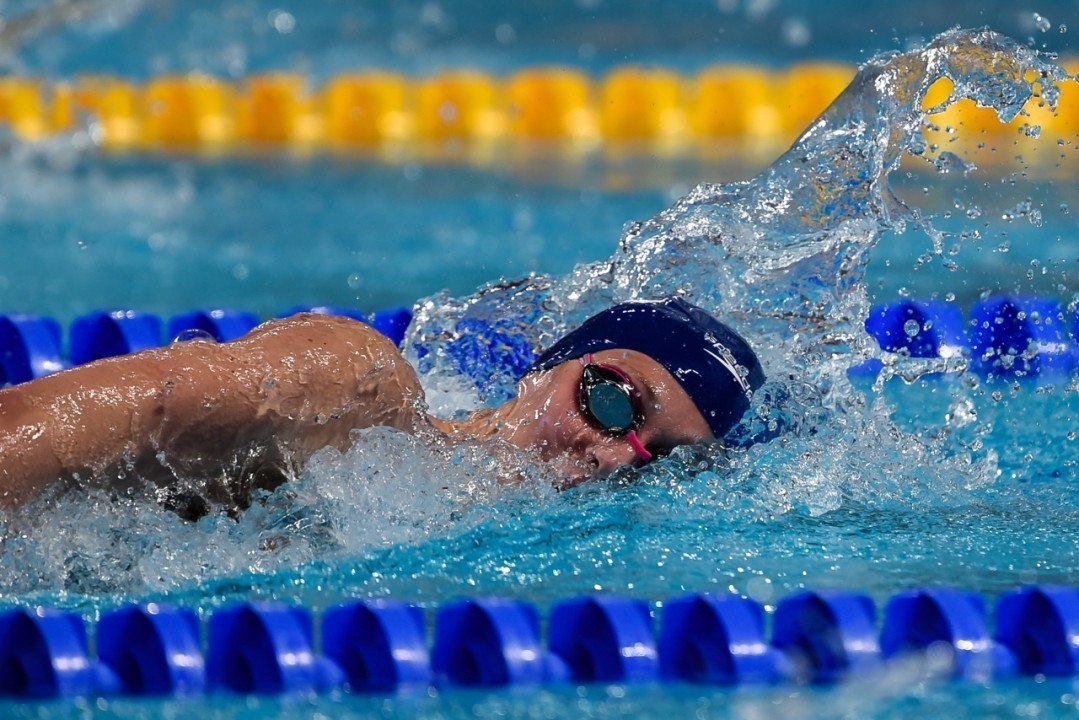 With British Swimming having released its national record progressions recently, we reviewed how the sport has kicked into major gear the past fear years for the nation. Yesterday we considered the impact of the likes of Adam Peaty, James Guy and Ben Proud on the men’s side, but a review of the women’s squad reveals some world-class talent bubbling beneath the surface.

Beyond Halsall, holding 2 national records apiece are Joanne Jackson, Siobhan-Marie O’Connor, Ellen Gandy and Gemma Spofforth, of whom just O’Connor is still competing. O’Connor’s record comes in the 100m breaststroke and 200m IM events, the latter of which she earned en route to silver at the 2016 Olympic Games.

2 of the 3 national marks that fell so far in 2017 are attributed to breaststroke events, with Imogen Clark clocking a new 50m mark of 30.21 at the National Championships this past April. At that same meet, Jocelyn Ulyett had a breakthrough swim in the 200m breast, touching in 2:22.08 for a new NR. A few months later in Budapest, Georgia Davies fired off a 50m backstroke time of 27.49 to write herself into the record books.

Looking through the women’s long course records, the supersuit era remains more pronounced as compared to the men’s, with 7 women’s national records from 2009 still clinging to life. The men had just 4 in the 50m/100m backstroke, 800m freestyle and 200m butterfly, whereas the women’s never-say-die marks remain as follows:

Based on British women’s performances over recent years, a few of these records seem primed to fall, while others remain untouchable. In the women’s 200m backstroke, for instance, Elizabeth Simmonds came close to cracking the 2:06.66 time in 2010 with a mark of 2:06.79, however, the most recent fastest time in the nation was nearly 3 seconds slower via Rosie Rudin‘s performance of 2:09.55 this year.

The same type of situation holds true for Miley’s 400m IM. Although Aimee Willmott was in record-breaking territory with her 4:33.01 from 2014, the fastest time this year was Abbie Wood‘s mark of 4:37.25. Rudin appears on the all-time ranking in this event as well, with her 4:38.94 time from this year.

In the women’s 200m butterfly, Ellen Gandy set the bar high with her supersuit time of 2:04.83, with only Jemma Lowe approaching the standard with her time of 2:05.36 from 2011. This year, Charlotte Atkinson showed promise with her title-winning effort of 2:07.06 at British Nationals, while Alys Thomas and European Junior Champion Emily Large are also in the 2:07/2:08 range.

If two-time Olympic silver medalist in Rio, Jazz Carlin, can keep to form, she has proven capable of striking down Jackon’s 4:00.79 400m free mark from 2009. Carlin’s fastest of 4:01.23 is less than a second away and the veteran has committed to the 2018 Commonwealth Games.

Just to be clear, Gemma Spofforth’s records (including the recently lost 100m backstroke World Record) were all set in traditional suits, not plastic ones, even though they were available at that time.

I don’t know if this was the aim ?, but it’s an interesting case of comments more “right-directed” than the article.
I agree with Dee: some great British swimmers (Adlington, Spofforth, Jackson) had their career’s high in 2008-2009, so it’s impossible establishing how was the suit’s part in their great performances.
In my opinion not too much.

I don’t know much about the new generation of British female swimmers but I would be surprised if any of the supersuit records went anytime soon. There is currently a huge imbalance between the men’s and women’s teams. The women looked very weak in Budapest with none of them coming remotely close to winning a medal(I’m not counting non-Olympic events) while they didn’t bother to field teams in the 4X100FS and 4X200FS relays. In the medley relay they finished 7th. Great Britain badly needs Carlin and O’Connor to return to top form and for the new generation to make an impact soon.

I don’t think this is an isolated British issue- would be interesting to see a list of the number of shiny suit records still on the world/ WC/ Commonwealth/US/ AUS/ Japan/ China record lists. (A job for someone 🙂

A few Thorpe/Hackett/Jones times from pre-suits era remain on the books but, in general, indicative of the overall weakness of the AUS men’s side over this period comparative to the women.

Thanks for that. I think the Thorpe/Hackett records signify how spectacular their record breaking swims were!

The difficult thing, in my opinion, is that this was actually a stellar era for British womens swimming. Adlington was sublime talent, Ellen Gandy achieved far less internationally than her talent dictated possible, Gemma Spofforth’s 58.12 was one of the most underrated super-suit records. People often talk of Phelps not using Jaked in 2009, neither did Spofforth. She won that race in her 2008, 50% poly suit. Halsall needs no introduction. Many of those records could stand a long old time.

Broadly speaking, I agree. As with the men’s side, GBR does not possess a “cross the board” spread of world class talent but rather it produces either outstanding individuals OR we see a particular stroke/set of events where a few top-liners may emerge around the same time ….. albeit, probably, to a lesser degree than with the men.

Suits or no suits, these were all top line performers but apart from Adlington, none were able to pull off that Olympic pay-day. Some, like Miley, were perhaps destined to be the “nearly but not quite there” women of their events; others maybe didn’t have that “performance/meet of a lifetime” line-up with a World level event.

I do agree that these times… Read more »

Elizabeth Simmonds has been 2.08 on the 200 back twice this year (Scottish Champs and British Summer Champs).

You forgot to mantion Adligton’s 800 record who was set in 2008 Lazer suit. It should be on the list if you include Spofforth’s 100 back revord who was also done with a Lazer suit