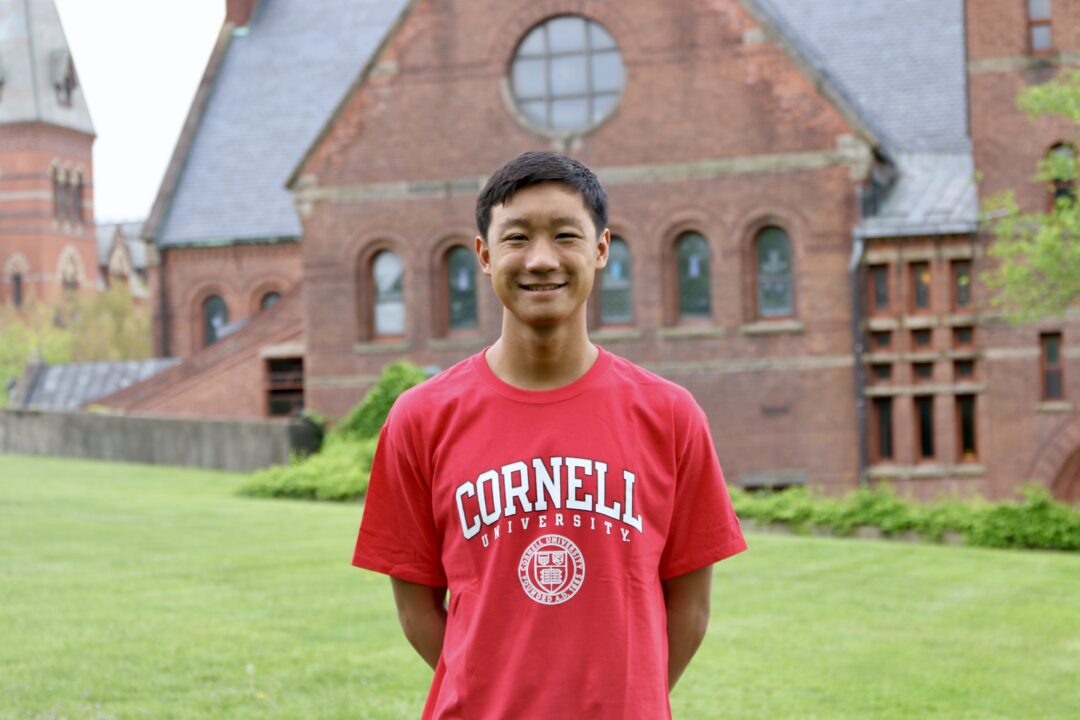 Ethan Wang from California has committed to Cornell with a best time in the 500 that would lead the roster so far this season. Current photo via Ethan Wang

Ethan Wang from San Ramon, California has committed to swim and study at Cornell beginning in the 2023-2024 school year.

“I am both honored and thrilled to announce my verbal commitment to Cornell University! I want to extend my sincere gratitude to Coach Wes and Coach Jake for this tremendous recognition of my potential as a college swimmer. Thank you to Coach Steve Morsilli at the Pleasanton Seahawks who has trained me well to compete at the elite level. Thank you to my parents, brother, teammates and unwavering friends who have supported me unconditionally. I am humbled by the outlook of being challenged athletically and academically at Cornell. Go Big Red!”

Wang swims for Crow Canyon Country Club Sharks (CROW) under head coach Joe Natina. He has been the Pacific Swimming Athlete Representative for the Pleasanton Seahawks since 2020.

Wang is currently in the middle of his senior year at Dougherty Valley High School. This past May, he was a CIF North Coast Champion as he won the 500 free in a personal best time of 4:26.60.

The Cornell men finished seventh out of eight teams at the 2022 Ivy League Championships. Wang’s best time in the 500 would have made him Cornell’s only finalist in the event, making the C final. He also would have scored in the C final of both the 200 free and during the timed finals session of the 1650 free.

Wang joins Michael Wywrocki, Blake Conway, Haihan Xu, Owen Dankert, and Julian Correa in the class of 2027. Notably, like Wang, Correa also is from California and a mid-distance freestyler.