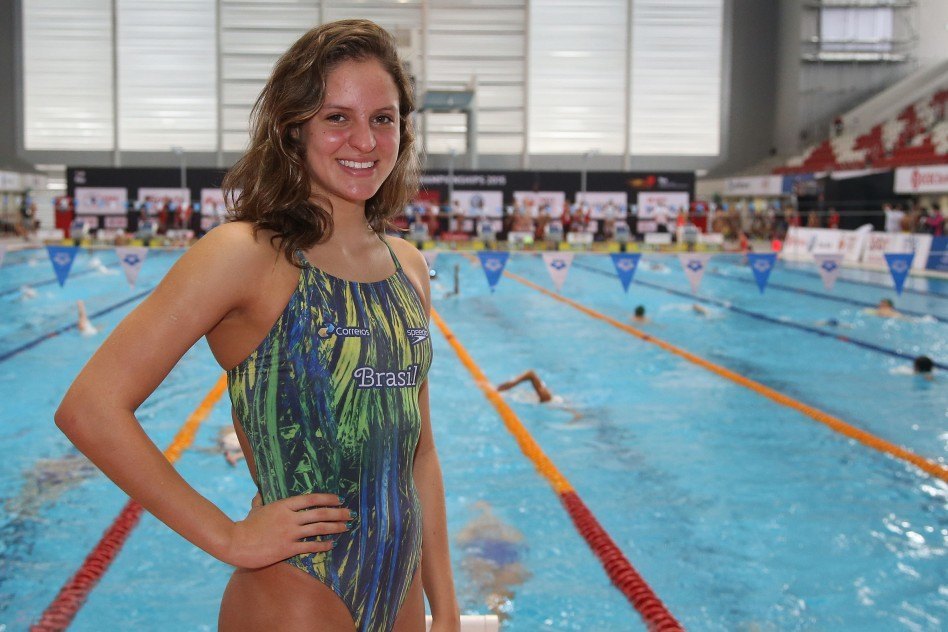 Maria Paula Heitmann posted a 2:00.71 to win the 200 freestyle at the Chico Piscina Trophy... Current photo via SS Press

The Chico Piscina Trophy is an international competition which includes Brazil, Argentina, Chile, Panama, Paraguay, Peru and Uruguay. There are two age divisions; children (athletes born in 2001 and 2002) and youth (athletes born in 1999 and 2000).

One of the most impressive swims of the evening was put up by Maria Paula Heitmann who took the female youth 200 freestyle in a time of 2:00.71. Heitmann beat the meet record of 2:03.34 set last year by Gabrielle Roncatto.

Heitmann’s time is the sixth fastest time in history by a Brazilian female athlete.

She was not the only swimmer to dip under the record time. Rafaela Raurich collected the silver posting a time of 2:02.05.

Maria Sumida of Sao Paulo set a new competition record in the female children 200 IM. Sumida took the event in a time of 2:22.33 beating the old record of 2:23.63 set last year by Luiza Pessanha.