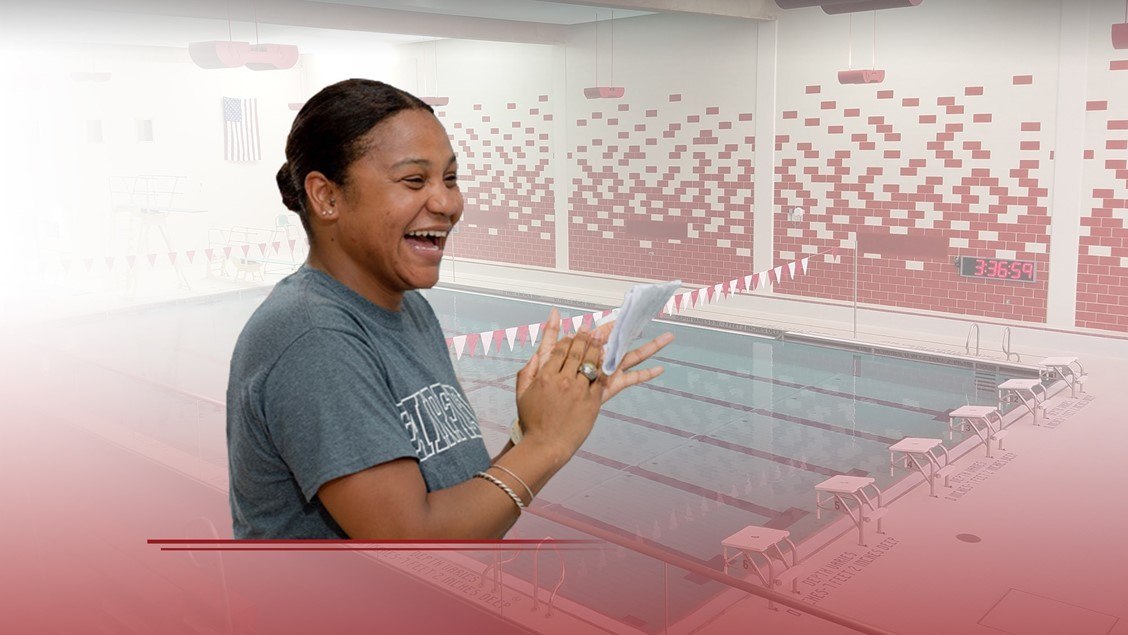 Atkinson joins the Stony Brook family after spending the past three seasons as the head coach of Fairfield’s men’s and women’s swimming & diving programs.

“I’m beyond thrilled and excited to be appointed to lead this program,” Atkinson said. “The high level of excellence this athletic department has achieved is certainly something I look forward to contributing to in the future.”

Atkinson will be tasked with rebuilding the Seawolves’ program after Stony Brook reinstated women’s swimming & diving for the 2017-18 academic year. The program was placed on competitive hiatus in 2012-13 following the announcement of a multi-million dollar critical maintenance renovation to University Pool.

“This is a historic time at Stony Brook as we usher in a new era for our women’s swimming and diving program, and I am very excited to welcome Janelle Atkinson as the head coach who will lead us forward,” Heilbron said. “Janelle has experienced success at every level as a coach and competitor, including two strong appearances in the Olympics for her native Jamaica. I have every confidence in her ability to establish a championship caliber program at Stony Brook in the very near future.”

Prior to her time at Fairfield, Atkinson spent four years as an assistant coach at the University of Connecticut. In her role at UConn, she served as recruiting coordinator for both the men’s and women’s teams and worked primarily with the distance and middle distance freestylers, helping the team set numerous school records.

On the international stage, Atkinson was selected as the head coach for the Jamaican National Team at the 2009 Swimming World Championships in Rome. In July 2013, USA Swimming appointed her head coach for the first Southern Zone Diversity Summer Select Camp.

In 2016 at the Olympic Games in Rio, Atkinson served as ESPN’s swimming analyst for their coverage of the games aired in the Caribbean. She also served as a analyst back in Jamaica for the 2012 London Olympic Games.

Atkinson medaled at the 2002 Commonwealth Games in Manchester, England, the 2001 Goodwill Games in Brisbane, Australia, and the 1999 Pan-American Games in Winnipeg, Canada. In addition, she is a seven-time recipient of the Jamaican Swimmer of the Year award and a six-time nominee for the Jamaican Sportswoman of the Year.

The 1999-2000 National High School Swimmer of the Year, Atkinson earned 10 All-America honors while competing at the University of Florida. She received three First Team All-Southeastern Conference accolades, had three top-three finishes in three years at the NCAA Championships, and was a three-time SEC Champion. Atkinson, who graduated in 2005, was also part of the 2002 team that became SEC Champions and was on the SEC Academic Honor Roll four times.