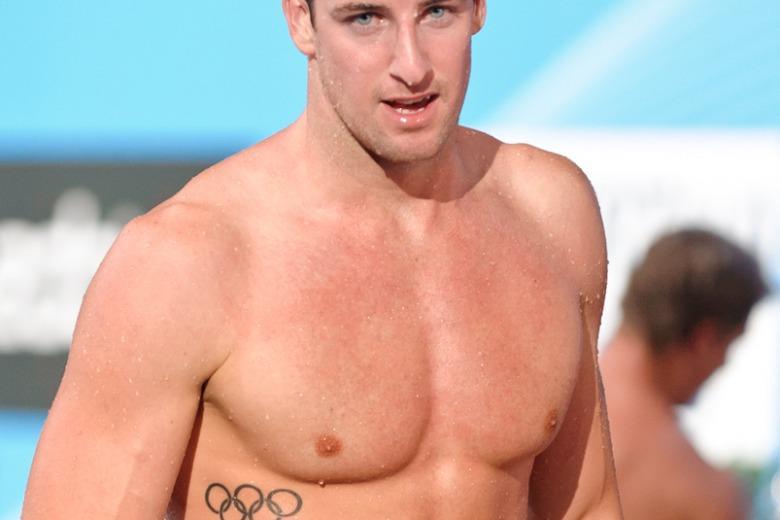 The 6 members of the Australian freestyler relay, now being referred to in Australian media as the “Stilnox six,” will learn their punishments from the Australian Olympic Committee on Friday as fallout from their caffeine-and-sleeping-pill fueled antics in a pre-Olympic training camp continues.

Eamon Sullivan, Matt Targett, James Magnussen, James Roberts, Tommaso D’Orsogna and Cameron McEvoy have been accused by Swimming Australia of taking sleeping medicine and energy drinks simultaneously, which fueled them running up and down hallways of the pre-Olympic training camp and pounding on teammates’ doors in the wee hours of the morning. The relay, which were favored for gold in London, then failed to medal at all.

In April, the six swimmers were fined and given deferred suspensions by Swimming Australia. Those deferred suspensions have not been described in great detail, and at a 1pm (Australian East Coast Time) press conference, the president of the Australian Olympic Committee John Coates will announce their penalties after a separate investigation.

All of the six relay swimmers aside from James Roberts have admitted to take the sleeping medicine after it was banned by the AOC in early July.

This is the Australian Olympic Quango . They exist to contract out to Fashion Meisters the tricky mix & match options for green & yellow every 4 years.( I admit it I would not want this extreme challenge ) .

And to take away from the nations wealth by emotional blackmail for taxation funds. Ohh the nation will not survive without x gold medals . Meaning their lunching options have been downgraded .

Those boys have reduced them to kebabs & felafels by not winning gold . Stinking out their swank new harbourmaster offices.

If you ever wanted to study HTF did people get where they are look no further than the AOC.

What an utter load of bollocks, these committees are such bleeding hypocrites!

The boys are not to blame. The authorities should be behind our lads every inch of the way on the road to Rio. Instead of trying to shoot them down in this naff fashion long after the fact, in spite of Maggie having already and so magnificently redeemed himself and the country a year after London.

It’s not our swimmers that are at fault, but the bloody organisation and coaching who don’t race our elites nearly enough after the national champs, and completely mismanage their tapers on the big occasion ever since Beijing.

Depressing to reflect upon how we were on top of the world in Adelaide,… Read more »

“The boys are not to blame. It’s not our swimmers that are at fault, but the bloody organisation and coaching who don’t race our elites nearly enough after the national champs”

Don’t see how the “bloody organisation (sic)” forced them to take the banned drug, which is what the article was about. If so, what a story!!

The whole happening is over a year old and bureaucrats are still pondering what they should do about it? Is there no limit to a time span within which disciplinary actions must occur?

I really don’t understand how this can be in the interest of Swimming Australia to not handling the case determinedly and quickly. This is like encouraging the wordsmiths of Aussie media to show Australian swimming in a bad light for years to come.

SwimFanFinland – they wanted to see how the guys did in Barcelona! Now that we see that they were still the 4th-place relay, maybe they can defend their actions and say it didn’t actually affect performance ;-).

Okay, the guys were undergoing a probationary period. Still, it’s stupid policy to keep a detrimental episode like this going on in public for years, on their own initiative.

By the way, is there any disciplinary actions coming owing to a series of coaching blunders for the ‘experts’ involved? Oh, I presume they cannot chastise themselves.

Rather self-serving of the Australian Swimming and Olympic authorities isn’t it? In essence they have said: “yes we’re going to suspend you but it will be when it suits us. In the mean time go out there and participate in the World Championships – and you better bring home the hardware!”.
It will be extremely interesting to see whether they introduce a ban at this point in time. Likely they will as there are no further significant international swim events in the near future apart from the World Cup series.