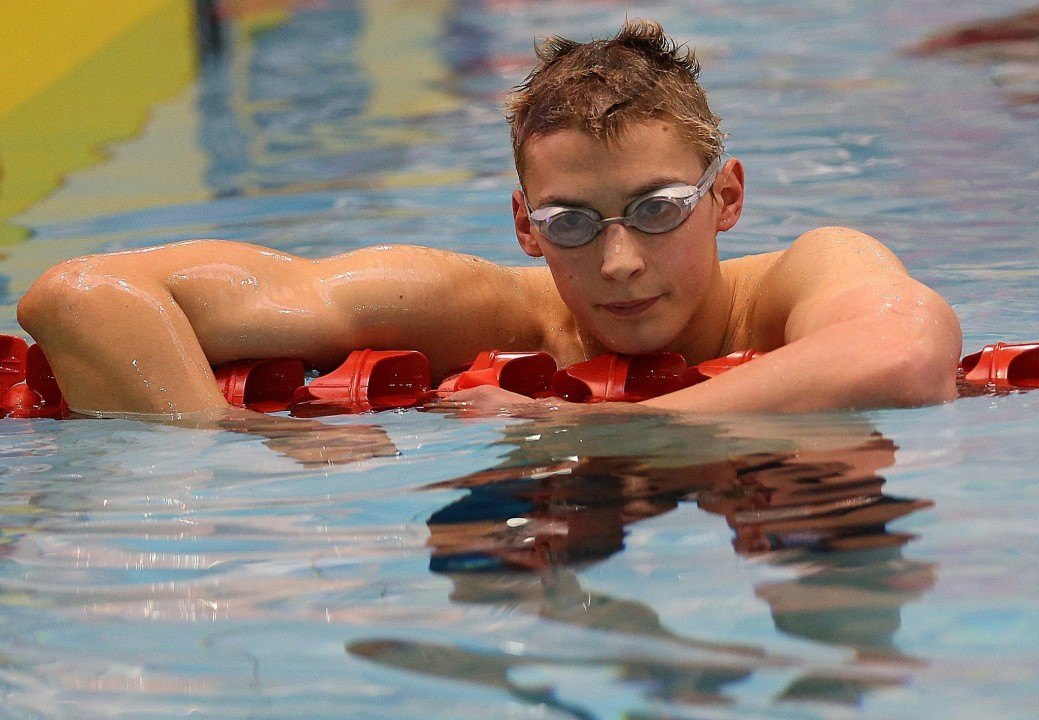 Stephen Milne, like many of the British team for the 2015 World Championships, has been continually improving in the last... Current photo via Scottish Swimming

Stephen Milne, like many of the British team for the 2015 World Championships, has been continually improving in the last 12 months. After winning the 1500m at the British Championships in April, the Scottish swimmer wants to enjoy the experience of competing against the best of the world in Kazan.

Milne will be hoping to use the lessons he learnt from the European Championships and commonwealth games last year to swim the best race he can next week. He added “Hopefully I can build on that (last years’ experience), in Kazan and continue to grow and improve because of it.”

Milne has made great strides in the 1500m freestyle over the last two years. Two years ago his best time was 15.16.19 in June 2013 and it was just over a year later at the European Championships where he swam an excellent 14.53.83, the current Scottish record in the event.

His time of 14.58.25 set at April’s British Championships was a solid swim and puts him into contention to make the final in Kazan as he is currently ranked fifth in the World this year for the 1500m freestyle. A similar time in prelims is likely to gain him a final place in his maiden World Championships, although he will require a significant time drop to medal amongst the likes of Gregorio Paltrinieri and Sun Yang.

Milne also has acknowledged the new found strength of the British team and hopes to play his part in the new generation of British Swimming.

Milne said “It is a strong British team and when we get to the World Championships we will want to do a good job, I will be out there aiming to do my best and play my part too.”

Crank the heats as hard as you can. Nothing worse that missing the final. 14:45 will put you into a middle lane.