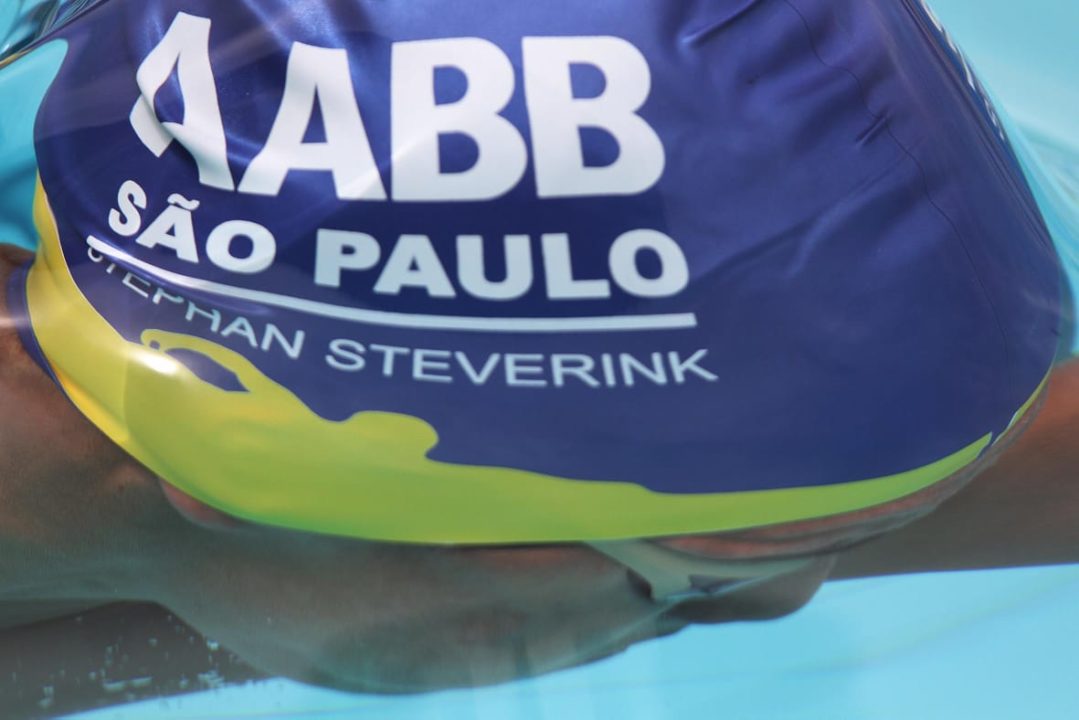 Steverink is now up to 5 Brazilian Age Records in 3 days at the Brazilian 15-16 summer championships after breaking the 800 free and 200 breast records. Current photo via Ricardo Sodré da SSPress/CBDA

A storm outside the pool led to a change in schedule at the Brazilian summer 15-16 national championships, but not before a storm inside the pool saw several National Age Records go down.

The meet was stopped with 3 races to go over concerns with a lightning storm outside, and the girls’ 1500 free and the 800 free relays will be raced with the Saturday morning session instead.

The fireworks inside started in the morning session, where in the boys Juvenile 1 (15-year olds), Stephan Alexander Steverink put in another record-breaking effort. His latest was an 8:07.21 in the 800 free, which is a new National Age Record in that event. He won the race by almost 23 seconds, but that wasn’t immediately obvious. Steverink came into this meet as a known quantity in the breaststroke races and to a lesser extent the IM races. But the distance freestyle races are so new, that he actually raced out of the first (slowest) heat of the 800 free, as his 9:51.89 seed was tied for the slowest in the field.

Joining Steverink in setting records on Friday evening was Stephanie Balduccini in the girls’ 100 fly. She first broke the National Age Record in prelims in 1:01.63, and then took another second off it in finals with a 1:00.58.

The 3rd and final national record of the session came in the boys’ Juvenile 2 (16-year olds) 10 fly. There, Francisco Gustavo won in 53.81 to break both the meet and national records in the event.