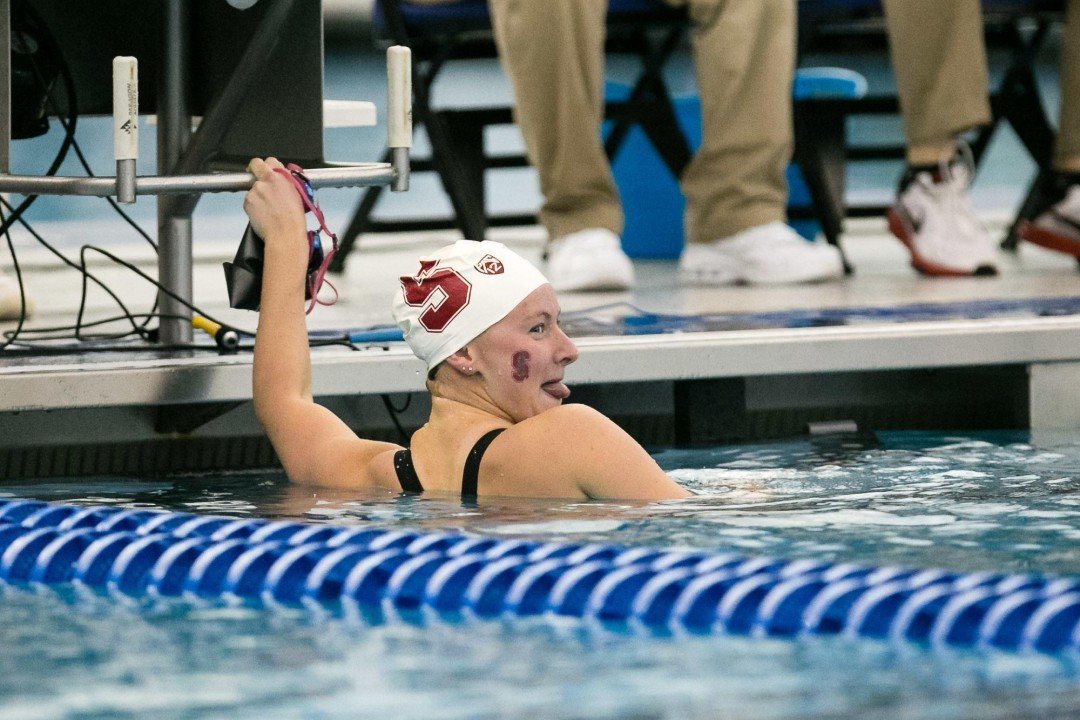 A 26.20 breaststroke split by Stanford senior Sarah Haase helped lift the Cardinal to the fastest time in history in the 200 medley relay.

The Stanford women have opened the 2016 Pac-12 Championships with a new NCAA Record in the 200-yard medley relay.

As all four Stanford swimmers are Americans, they also broke the American and U.S. Open Records, both of which were previously held by the same Cal relay.

The Stanford women finished in 9th place, winning the B-Final, in this relay at last year’s NCAA Championship, with the exact same foursome. That’s misleading, though, as they actually had the fastest time in the finals, but a poor showing in prelims left them ineligible for the national title in the event.

In both cases, the Stanford relay was without the defending NCAA 50 yard freestyle champion Simone Manuel. Last year, she was on the Cardinal’s other 4 relays, while this season she is taking a red-shirt to prepare for the Olympics.