Stanford Touches First, But DQs in 200 Free Relay at NCAAs 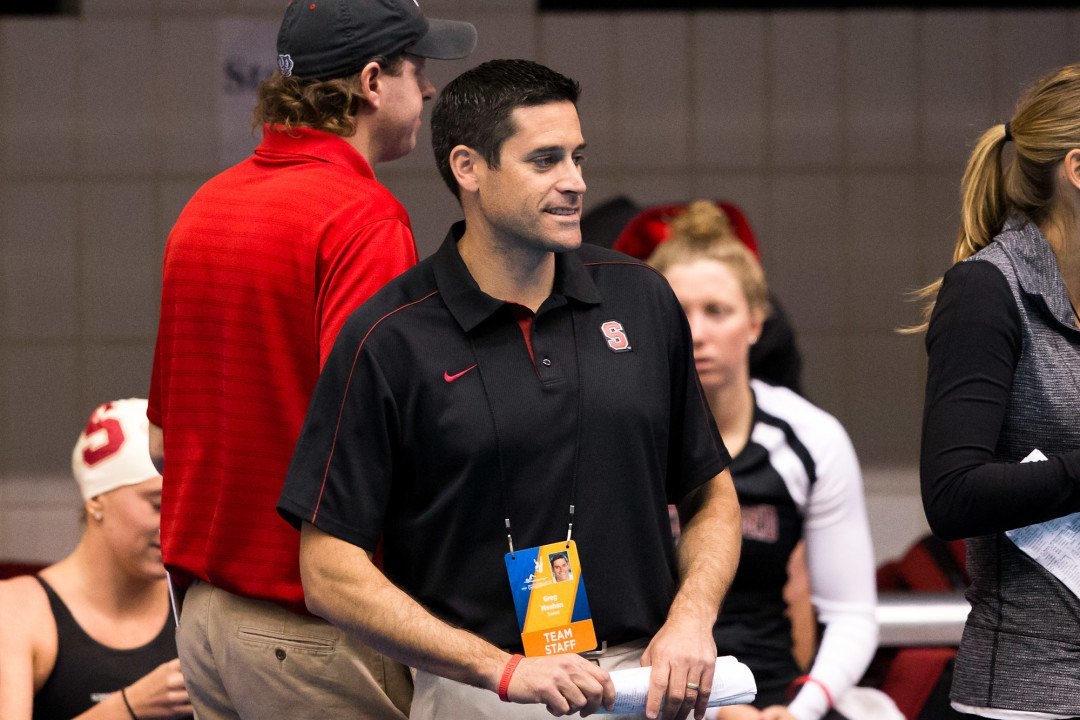 The Stanford Cardinal got off to a frustrating start on Day 2 of the 2016 NCAA Championships. Archive photo via Tim Binning/TheSwimPictures.com

Heartbreak struck the Stanford Cardinal early on night 2 of the 2016 NCAA Swimming & Diving Championships, as their first-place-finishing 200 yard free relay was disqualified for an early exchange.

That cost the Cardinal not only an event title, but 40 valuable points toward an NCAA overall team title that the Cardinal are favored to take, but was very tight coming into the session.

The DQ note reads “Swimmer #4 feet lost touch with starting place before preceding team-mate touches,” with the reaction times revealing a -.05 exchange between Ally Howe in the water and Lindsey Engel* on the block.

*Note: Official results, and this report, originally had Julia Ama as the anchor. An NCAA official has informed us that Lindsey Engel actually anchored the Stanford relay.

After a lengthy review, and Stanford head coach Greg Meehan discussing with officials, the disqualification was announced at the McAuley Aquatic Center to a groan from the crowd.

The disqualification gave the Cal Golden Bears a second-straight title in the event, albeit with only one of the same four swimmers from last year (Farida Osman).