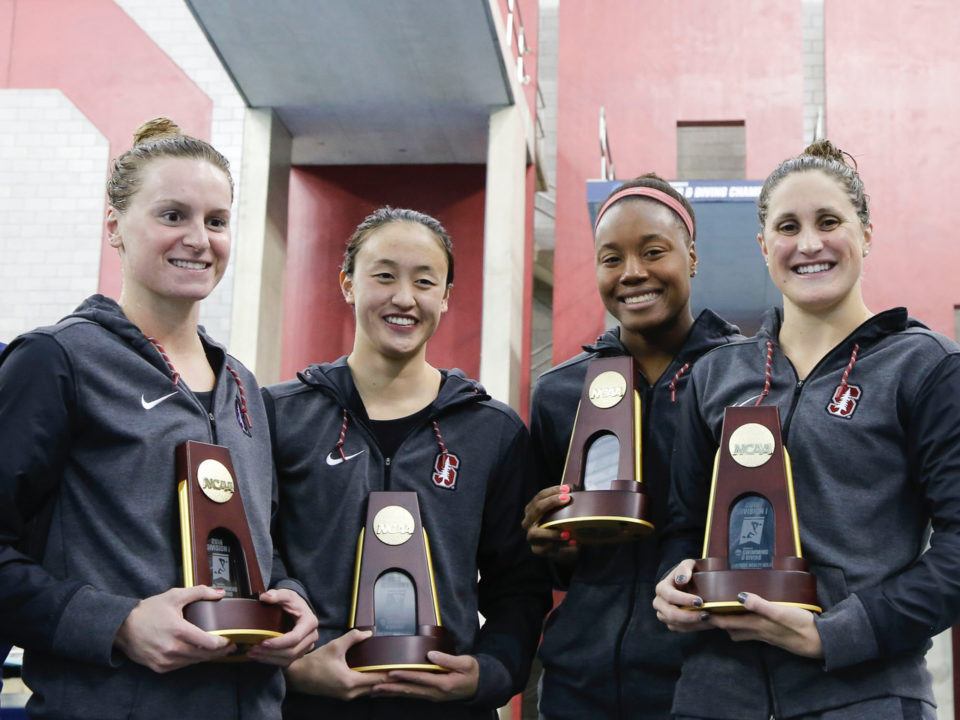 Stanford released a 29:00 minute video about their 2017 and 2018 NCAA championship teams. It features interviews with key members... Current photo via Tim Binning/TheSwimPictures.com

Stanford released a 29:00 minute video about their 2017 and 2018 NCAA championship teams. It features interviews with key members of those teams and the coaching staff.

The celebratory video comes a few days after the team received their championship rings for their 2018 win.

Stanford look poised to defend their title this year as they enter they year ranked first in SwimSwam’s first 2018-2019 power rankings.

Helping their title defense is their top ranked recruiting class. Over the last couple of weeks Stanford has released lighthearted profiles of all of their freshmen.

Janet will rock the World!!!!

she is still swimming?