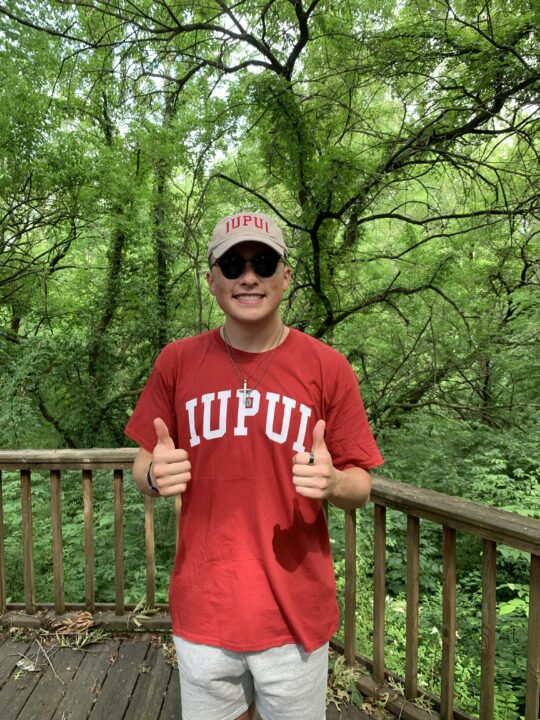 After swimming at Saint Leo University for part of the 2020-21 school year, Spencer Jyawook has announced that he will be transferring to Indiana University-Purdue University at Indianapolis (IUPUI) for his remaining years of eligibility.

“I am excited to announce that I will be transferring to IUPUI. I want to thank my parents, friends, and Excel Aquatic Club for constantly supporting me and making this possible.  GO JAGUARS!”

Making the trip to Omaha, Jyawook competed in the 50 free at Wave I of the Olympic Trials last week. At that meet, he finished in 46th, touching in a personal best time of 23.26.

The IUPUI men are coming off a season that saw them take 4th at the Horizon League Championships. The Jaguars were led by another transfer in the sprint events last season, with Western Illinois transfer Adam Peterson leading the team in both the 50 and 100 freestyles. Peterson finished 4th in the 50 (20.21) and won the B-final of the 100 (44.70).

With his best times, Jyawook will be a threat to score in the A-final at the Horizon League Championships during his first year with the team. He would have finished 9th in the 50 and 10th in the 100 during prelims last year. His biggest impact for the Jaguars will come in the 100 fly, where his lifetime best would have earned bronze. He would have held the Jaguars fastest time in the event by nearly a second last season. His time of 47.98 is actually faster than the current program record in the event as well, narrowly beating out Vince Partlow’s 48.02 from 2017.

Congrats Spencer! When you get a break come down to Btown and visit Patrick and me. Enjoy IUPUI and great facility/city.