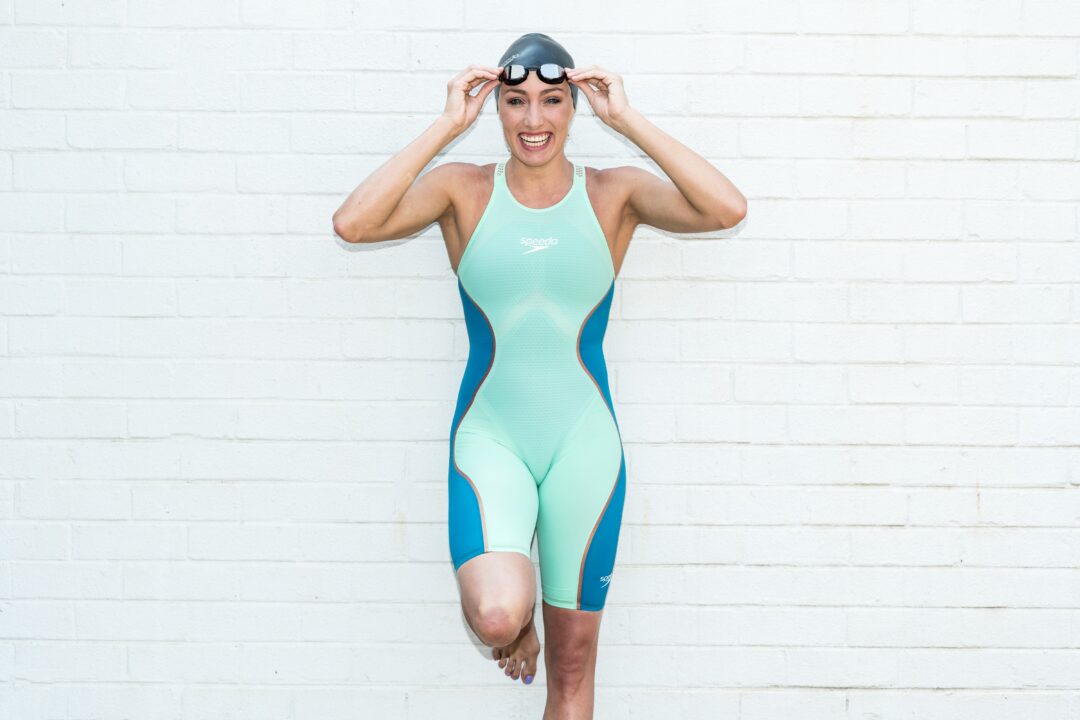 Courtesy of Speedo, a SwimSwam partner.

Ahead of the Commonwealth Games, Speedo has today announced the signing of Olympic gold medal winner and world record holder Tatjana Schoenmaker.

The South African star is set to be one of the biggest names competing in Birmingham at this year’s Games, where she will defend the 100m and 200m breaststroke titles she won at Gold Coast 2018.

Schoenmaker broke the world record in the 200m breaststroke when taking gold in Tokyo last year and did so whilst wearing a striking blue Speedo Valor suit. She also won a silver medal in the 100m equivalent, breaking the Olympic record during the heats ahead of the final.

Speaking about the deal, Schoenmaker said: “Breaking the world record and winning an Olympic gold medal last year was a dream come true and Speedo played a big part in that success, so I am delighted to be officially joining the team.

“I have always believed that Speedo’s Fastskin suits help me to perform at my very best and I look forward to working with them closely in the years to come.”

Simon Rowe, head of global sports marketing, Speedo, said: “There can be little doubt that Tatjana was one of the biggest stars in Tokyo last year and we are delighted that she is now a fully-fledged Team Speedo member. This summer is set to be another exciting one for her and the world of swimming and we can’t wait to see her step on the block in Birmingham wearing Speedo.”