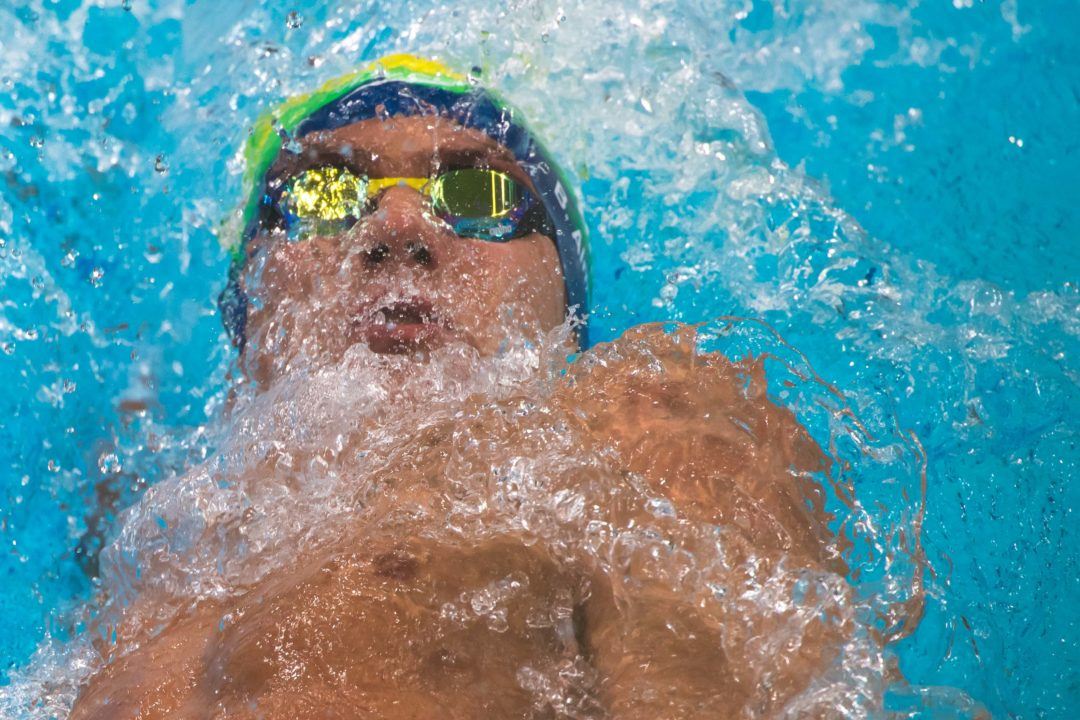 Wu recorded three B-cut times at the Auburn Invitational. He won both the 100 breaststroke (53.67) and 200 breaststroke (1:58.07) with season-best times. Current photo via Mike Lewis/Ola Vista Photography

In Georgia’s win over Emory, Forlini won both springboards. He went 354.53 on 1-meter and 373.50 on 3-meter. Both efforts were season bests and improved his NCAA Zone qualifying standards. Forlini helped the Bulldogs finish 7-1-1 overall this season, and Forlini and his fellow seniors ended their careers 30-5-1.

In Georgia’s win over Emory, Austin won both springboards. She took the 1-meter with 296.93 points and the 3-meter with 356.18 points. Both totals are career bests for Austin and improved her NCAA Zone qualifying standards. Austin helped the Lady Bulldogs improve to 9-0, marking the program’s 15th undefeated regular season.