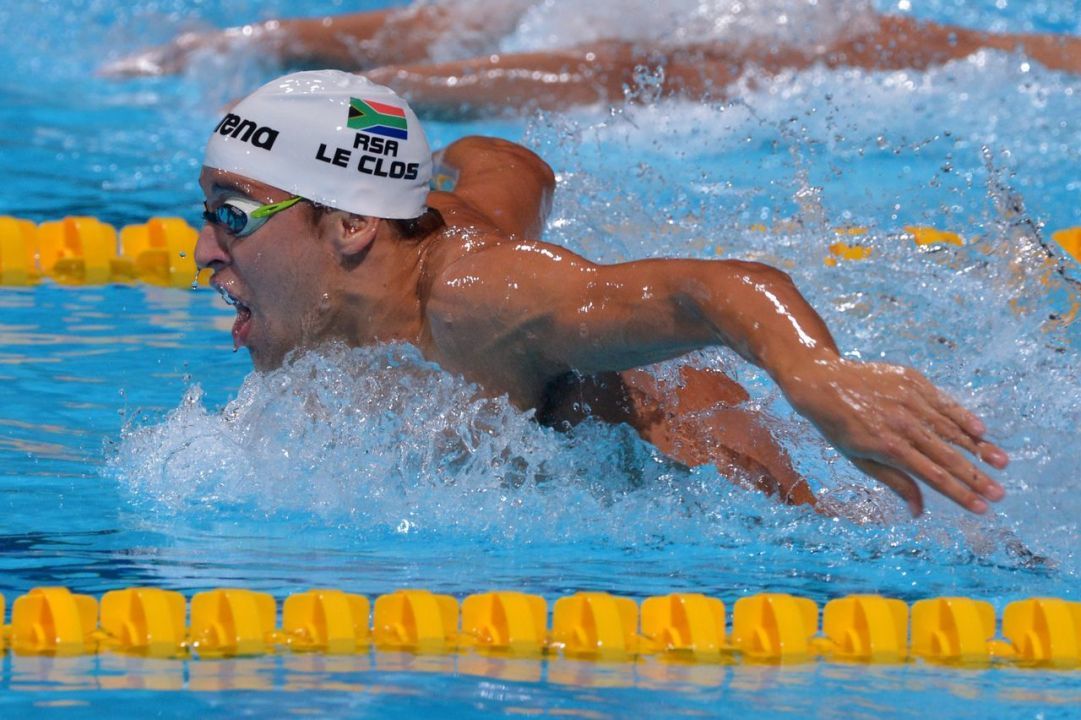 South Africa has announced its selection procedures for their 2016 Olympic team across all sports, but swimming specifically won't require two FINA 'A' cuts like it did in 2012. Current photo via Arena International

Pieter Coetze got it done for gold in Pretoria…..6 times over at the South African Regional Short Course Championships.

South Africa’s Tatjana Schoenmaker established a new national and continental record in the women’s SCM 200 breast while competing in Pretoria.

South Africa has announced its selection procedures for their 2016 Olympic team across all sports, but swimming specifically won’t require two FINA ‘A’ cuts like it did in 2012.

That process in 2012 was a highly-unpopular one, with swimmers forced to make the FINA ‘A’ standard in two separate swims before earning a spot on the Olympic team. The idea is to encourage consistency and give the nation the most high-level Olympic team it can field.

The two-qualification-standard was also in place in athletics. But News 24 reports that neither sport will continue the policy in selecting next year’s Olympic team.

A later report from News 24 lays out the specifics of the qualifying process. Swimmers will have to hit a FINA “A” cut at next year’s South African Nationals in order to make the nation’s Olympic team.

Athletes who can’t make it to the national trials for any reason will be treated on a case-by-case basis, meaning South Africa could extend a roster spot – if they wish – to a top-tier athlete who isn’t able to compete at nationals.

SASCOC, the South African Sports Confederation and Olympic Committee, announced their selection criteria in an all-sports press release, only touching on the swimming qualifying briefly.

“Athletics and swimming do not have to attain two qualification standards as was the case in 2012,” SASCOC President Gideon Sam said in the SASCOC press release. “However, measures will be put in place to ensure that athletes are not carrying any injuries and are fit for competition.”

“Athletes and coaches go through highs and lows in the run up to big games such as the Olympics Games,” he continued. “In setting criteria for selection, the idea is to help the athletes know where they stand with the Confederation and to prepare themselves adequately.”

And how many Olympic golds do you have?

No kidding. Chad is a fantastic swimmer, but I wouldn’t try to mimick his recovery ever. No offense chad, but I’d switch to straight arm