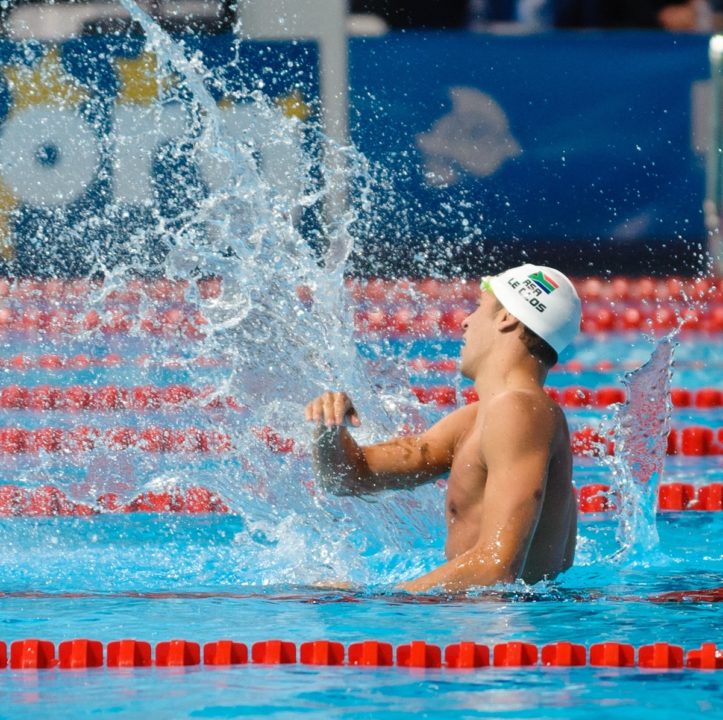 The South African and Japanese rosters for the swimming portion of the BHP Billiton Aquatic Super Series have been officially announced. With the previous announcements of the Australian and Brazilian teams, we now have a much clearer picture of what the meet will look like. Only China’s roster is still a mystery at this point.

The South African team is led by Chad Le Clos and Cameron Van der Burgh, the reigning world champs in the 100/200 fly and 50 breast, respectively. Le Clos has to be the butterfly favorite at this meet, as he’s been on a tear as of late. Van der Burgh appears set up for several great battles with Australian Christian Sprenger, who took the 100 breast silver medal behind Van der Burgh at the London Olympics and then upset him for the world championship in Barcelona this past summer. Sprenger was also just a hundredth away from beating Van der Burgh in the 50 breaststroke at short course Worlds as well.

Japan’s squad is headlined by Olympians Ryosuke Irie, Kosuke Hagino and Natsumi Hoshi. Irie looks like the best backstroker in the field, coming off a summer in which he finished 4th at Worlds in both the 100 and 200. Hagino took home a silver medal at that same meet in the 200 IM, and he looks like he could be in for a tight showdown with bronze medalist Thiago Pereira of Brazil here. Hoshi took home the 200 butterfly bronze in London, and also finished 4th at Worlds in Barcelona. Notably absent from the Japanese lineup are backstroker Aya Terakawa (who announced her retirement earlier this month after medaling twice at Worlds) and breaststroker Satomi Suzuki.

The BHP Billiton Aquatic Super Series will run from January 31st-February 2nd in Perth, Western Australia. Here are the 4 teams with full rosters announced at this point: