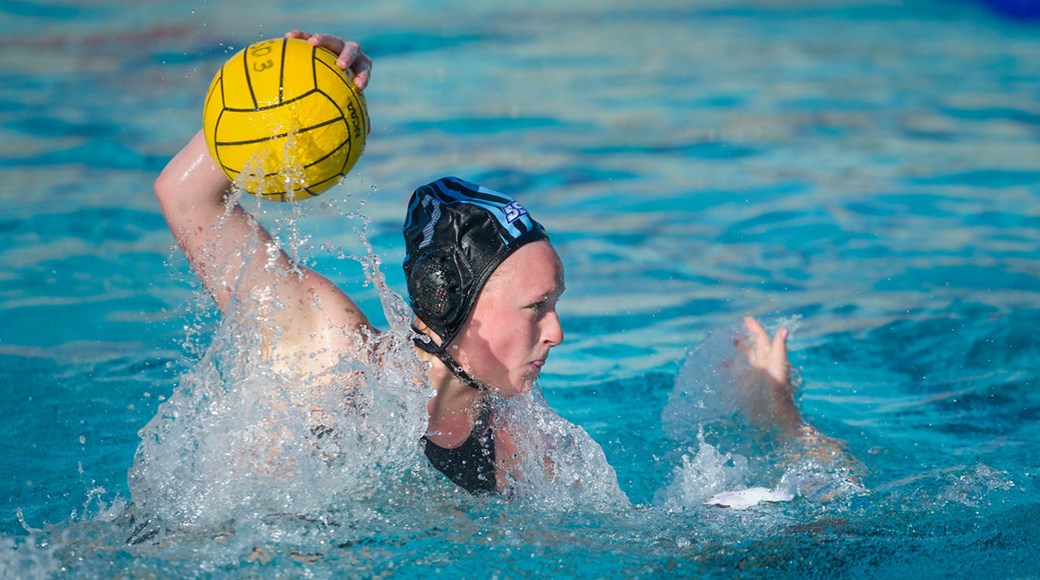 Sonoma State had a 9-8 record in the 2020 season, led by top scorer and redshirt senior Cassidy Mundt. The program has been discontinued. Archive photo via Sonoma State Athletics

Sonoma State University announced on Wednesday that it would discontinue 3 varsity athletics programs, including the women’s water polo team, at the end of the 2019-2020 academic year. The school is also cutting its men’s and women’s tennis teams.

Sonoma State is located in Sonoma County, California and is one of the smallest schools in the California State system with around 8,000 undergraduates.

This is the second school to have announced cuts to its aquatics programs so far this month, as Olympic sports programs around the country grow increasingly-concerned over the future of their teams given the economic challenges of the global coronavirus pandemic.

Sonoma State is an NCAA Division II school, though there is only one division of NCAA water polo (plus a new Division III championship being sponsored by USA Water Polo). The team’s season was cut short when all spring-season sports were cancelled.

The team was led in scoring by Cassidy Mundt in the abbreviated 2020 season.

The school now has 11 sports remaining. The 3 sports that were cut were not sponsored by the school’s primary conference, the CCAA. The school did not credit the cuts directly to the coronavirus pandemic, saying that the decision was based “in part on multiple reviews in recent years.”

The athletics department has also put in place a hiring freeze for other open positions.

Sonoma State says an endowment fund of at least $10 million per sport would have needed to be established in order to continue the sports. The school says that they still will be in line with Title IX requirements, even after cutting 2 women’s sports.

Students in the impacted programs will receive their same athletic aid through the 2020-2021 academic year if they remain enrolled at Sonoma State.

The school does not sponsor any swimming programs. The men’s and women’s swimming teams and women’s water polo team at another Division II school, Urbana University in Ohio, were cut after the entire physical university was closed permanently.

A week ago, a group of 5 mid-major conferences wrote a letter asking the NCAA to relax its rules (temporarily) on how many sports a school must sponsor to remain in Division I. That group has grown, with now all 27 conferences outside of the Power 5 (ACC, Big Ten, Big 12, SEC, Pac-12) signing on to that request. While that doesn’t include Sonoma State, schools at all levels of the NCAA are facing similar economic challenges and uncertainty about the upcoming academic year.

That request has been countered by one from coaches of other sports that might be cut asking NCAA Mark Emmert to not reduce the requirement.

“Reducing the minimum sports sponsorship requirement that would open the door to eliminating sports should not be an option,” the letter said. “We are all in this together, and we are ready, eager, and willing to partner with the NCAA to find creative solutions for the challenges to come. America’s students have had so much taken from them. Now is not the time to cut them off from yet another critical institution that makes university life so special.”

What a bummer to say the least. More Aquatic sports are being cut and more football programs get more money. SSU womens water polo produces scholar athletes that we can be proud of these days. The amount of money in WINE country is off the charts…I am sure that a few of the largest wineries in world could donate enough money to support such a great and CLEAN sport.

Is swimming even taking a stand? What coaches from other sports requested Emmert not do this? Volleyball seems to be the only ones doing anything.

Urbana also cut its’ Women’s Water Polo Team, granted it is/was a brand new program but those players, coaches and families and the sport were all negatively impacted by this poor decision as well.

This fakedemic is so unreal. University of Stanford and Southern California ( not exactly conspiracy theorists ) said that the real infected people are 15 to 20 times higher than official data, which means the mortality rate is the same of the flu. Just absurd. To the downvoters I tell you this : at the end of this madness which is costing the future of our Country I’m gonna come back here and compare the number of deaths of this same period of last year with the one of 2020. Now you may have a different opionion than mine, but FACTS will speak for themselves and you’ll agree with me. PS : Cheers and go Gators !! Kieran Smith is… Read more »