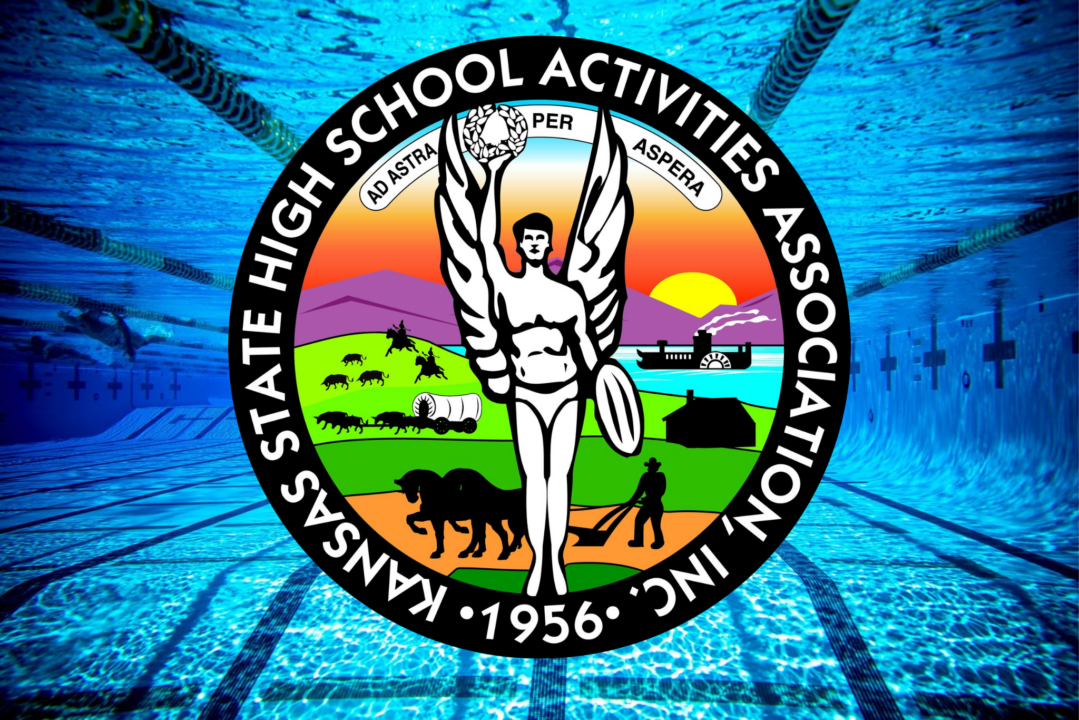 The Kansas State Board of Education has approved a change in rules for how it organizes its high schools in athletics competitions.

Passing by a 6-4 vote, the state hoped to address a perceived inequity between private schools, which can bring in students from a wide geographic range, and public schools, which are limited to their attendance zones.

Currently, schools are divided strictly on the basis of enrollment. Under the new rules, private schools that win 5 state titles in 5 years across all sports would receive an attendance “multiplier” that would require them to move up by a classification. Schools can only be moved up one classification by the multiplier.

The multipliers scale based on number of championships won in a 5 year period, the size of the public school attendance in the area where the school is located, and socio-economic factors of the student body. Once a private school surpasses the 5 titles barrier, an additional multiplier is added based on the percentage of Free/Reduced students.

The calculations are based only on team titles, not individual champions.

Other states employ certain requirements that require schools to move up in classification based on success, though it is rare for those rules to be applied to only one portion of the schools (private versus public). In California Southern Section swimming, for example, which is the top sub-state high school swimming meet in the US, teams that win titles at lower classifications are required to move up in future years.

Other states have solved for these problems by having separate classifications or even organizations for public schools and private schools.

Public schools from Andover won both state titles in the 1A-5A classification.

The most recent private school state championship in swimming in Kansas was won by The Independent School in Wichita, Kansas in 2020 at the boys’ 1A-5A meet. The St. Thomas Aquinas girlss won a title in 2018.

St. Thomas Aquinas is likely to be hit with big multipliers. Currently listed with an enrollment of 880 students and as a 5A school, they are expected to be hit with a .30 multiplier for winning 10 or more state titles in the last 5 years. They will receive another .30 factor because the school is in a 6A classification zone. That means a minimum of a .6 multiplier, even without a socioeconomic multiplier.

Applying that multiplier to their enrollment already moves Aquinas into the 6A classification.

Bishop Carroll and St. James Academy are likely to be promoted under the new rule as well. Kapaun only lists three state titles in the last five years, though, which means they would not be subject to a multiplier.

The wrinkle in swimming comes that a school can be hit with multipliers and promote classifications without actually changing meets.

Wichita Collegiate, for example, is classified as a 3A school with an enrollment of 244 students. Even if they were hit with multipliers, they could only be moved as high as class 4A, which wouldn’t change the swim meet that they compete in.

Public sentiment depends on the school

Text of the new rule

Does the logo / medallion really need to be that complicated? Your organization oversees high school athletics in your state. You don’t need to give the state’s entire cultural history in the logo.

I’m not sure of the point of it all. Swimming is for the most part an individual sport and the size of your school has nothing to do with how fast you are. I believe all of the divisions often keep the best swimmers from racing each other. I suppose the only up side is to make meets more manageable (and more people can say they were state champ as they stare at the wall in the cubicle built by the soulless company for whom they’ve been working the last 30 years).

Larger schools tend to have better swimmers simply due to them being larger schools. It is much easier to have a jr/national-level swimmer, for example, in a 3,000-student school based on geographical boundaries than it is for a 1,000-student school.
Private schools generally aren’t subject to school zoning and can pull in students from all corners of an area, so it is easier (ignoring any financial hurdles to overcome) to bring together a higher number of star athletes in a smaller student body.

I guess. I just remember a lot of state meets in Arizona where 4a guy had no race as the race was with 5a guy. I understand that teams are better in bigger schools. Still don’t know how a bigger school makes for a better individual swimmer.

The Texas rule is a lot stricter – if you’re a private school and want to compete in UIL/public sports, you immediately go to 6A – regardless of what your school population is. So, Kansans, be happy!

While the UIL rule does say all private schools go straight to 6A…so far, the only two private schools in the UIL are huge for single-gender schools. Over 1,100 boys in each school. I wonder what would happen if one of the smaller schools, like yours, tried to join. It’s kind of moot – the reason why the SPC/TAPPS didn’t want those two schools is the same reason why it made sense for them to go straight to 6A, because they were so big. Unless you got a principal/headmaster with a real bug up their butt about something, can’t imagine many other schools wilfully going UIL. I thought I remembered rumors about Cathedral talking about it a few years back,… Read more »

It was the Independent guys team that won in 2020