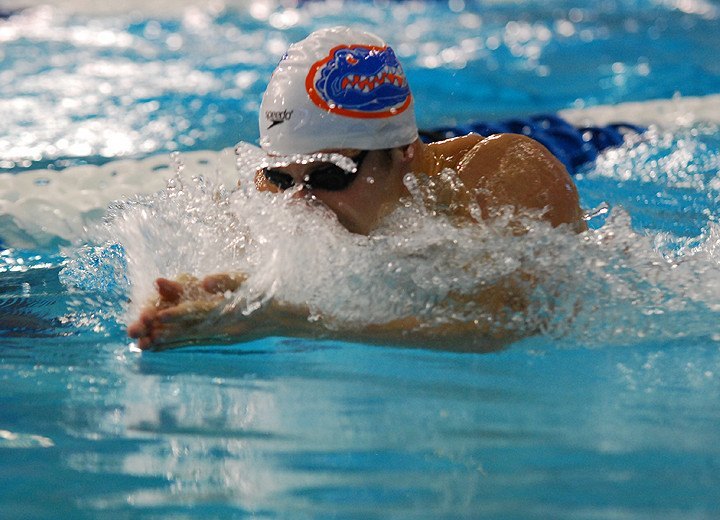 The bulk of the Gators squad chose to swim at Georgia Tech instead of Santa Clara last weekend, coming up with multiple wins, but mostly looking like Florida tends to look in the heat of a Gregg Troy training block: tired. Archive photo via Janna Schulze/SwimSwam.com

SwimSwam first interviewed Torri Huske in 2019 after the North Virginia 6A Regional Championships when she was a high school sophomore.

Just before the start of the Arena Pro Swim Series at Santa Clara, we reported scratches from all the major Florida swimmers, followed by the news that they had also entered a meet closer to home, the Sizzlin’ Summer Invite at Georgia Tech.

The bulk of the Gators squad chose to swim that Georgia Tech meet instead, coming up with multiple wins, but mostly looking like Florida tends to look in the heat of a Gregg Troy training block: tired.

Elizabeth Beisel was by far the biggest name in attendance. A multi-time NCAA champ and one of the core swimmers on the U.S. National Team, Beisel won two races and likely would have won two more had the team competed at finals on the last day of competition.

The 22-year-old Beisel got her first win on Friday night, pacing the 400 IM easily. Her time of 4:44.13 won’t turn any heads (Beisel has been much faster already this season), but it was plenty enough to beat German Olympian and Gator teammate Theresa Michalak (4:50.84).

Beisel would come back the next day to pace the 200 fly in 2:16.39. That’s a little more in line with where she’s been this season, sitting just about a second off her season best.

Beisel and Michalak tangled again in the 200 IM later in that session, but this time the German earned the win. Michalak built a lead of about two seconds on fly and back (not easy to do against Beisel, who speicalizes in backstroke) and only expanded from there, going 2:13.61 to Beisel’s 2:17.47.

Maybe the best swim of the meet, though, came from Spanish breaststroker Eduardo Solaeche, who just wrapped up his collegiate eligibility with Florida. Solaeche was 2:16.56 to win the 200 breast, beating Florida teammate Mark Szaranek by a whopping 10.5 seconds.

A couple other notable performances: