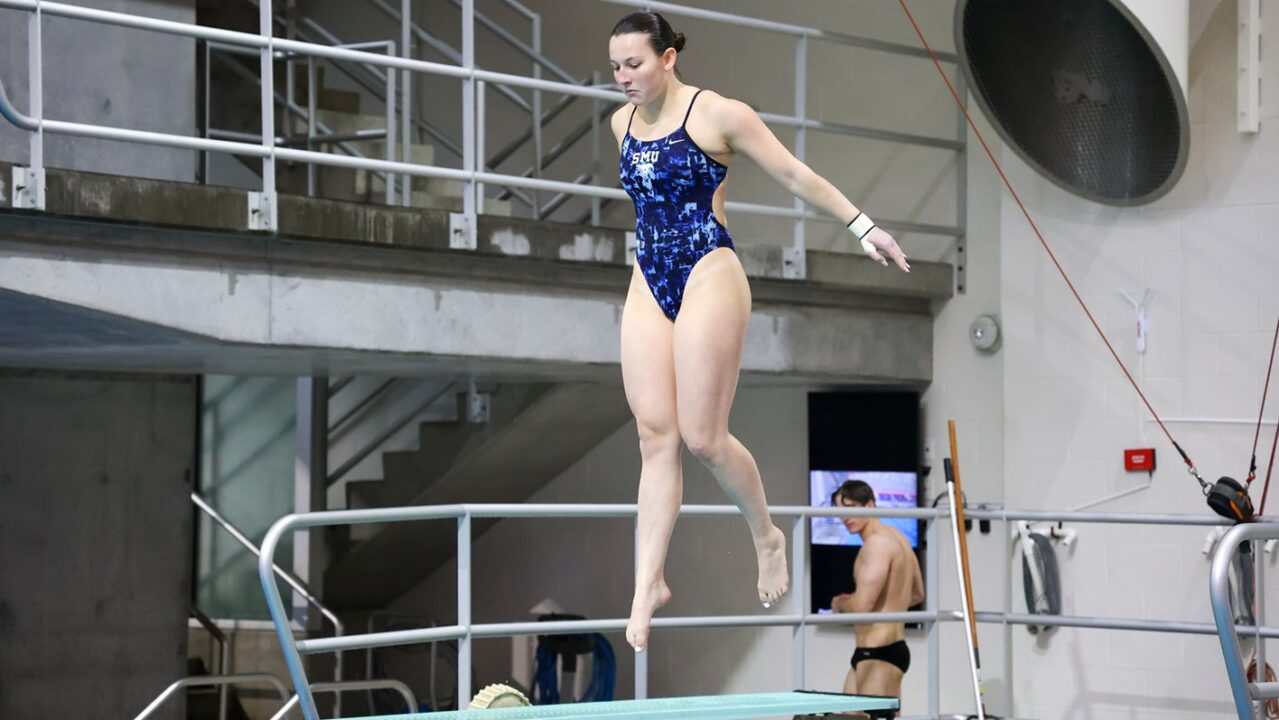 SMU's Nicole Stambo won both of the diving events against TCU, earning her AAC Women's Diver of the Week. Current photo via SMU Athletics

WOMEN’S SWIMMING ATHLETE OF THE WEEK
Lucrezia Napoletano, Freshman, SMU
In a meet against TCU, Napoletano finished first in three events. She outright won the 100-yard freestyle in 49.66 and the 200 free in 1:48.04, while tying for first in the 50 free in 23.09.

WOMEN’S DIVING ATHLETE OF THE WEEK
Nicole Stambo, Senior, SMU
Stambo won both of the diving events against TCU, claiming the 1-meter event with a total of 268.95, an NCAA Zone Diving qualifying time, and the 3-meter event with 267.90 points.

MEN’S SWIMMING ATHLETE OF THE WEEK
Angus Corbeau, Sophomore, SMU
Corbeau recorded a pair of NCAA ‘B’ qualifying times in the 200-yard breaststroke and 200 individual medley in a meet against TCU last week. The sophomore finished the 200 breaststroke in 1:56.21 and placed first in the 200 IM in 1:45.47.

MEN’S DIVING ATHLETE OF THE WEEK
Dominic Hoefer, Senior, SMU
Hoefer swept the springboard events against TCU, winning the 3-meter event with a total score of 350.93 points and the 1-meter event with 315.68 points. Both scores were NCAA Zone Diving qualifying marks.