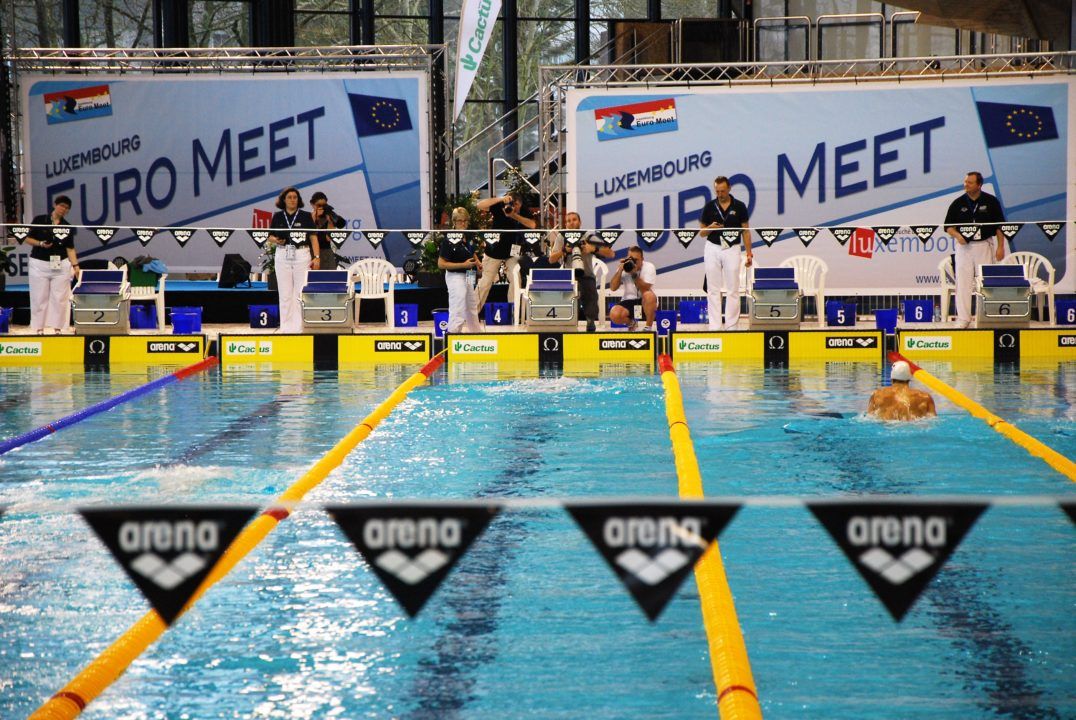 19-year-old Kaylee McKeown just sliced more time off of her own Aussie national record in the women’s 200m backstroke event.

Olympic medalist Emma McKeon dropped the hammer on the women’s 100m free field on day 2 of the 2021 Sydney Open in her native Australia.

The following prize money will be awarded:

World record holder Adam Peaty set a new meet record erarlier today in prelims with a time of 27,02 and finished in 27,11 in the A final.
Ari-Pekka Liukkonen (FIN) touched second in 28,52 ahead of Germany’s Philip Heintz in 28,60.

Another meet record was set by Sweden’s Sarah Sjöström in 25,02. She said after the race that it was a surprisingly fast race for her at this time of the year. Sjöström competed the last time at the Euro Meet ten years ago and she is happy to be back in Luxembourg.

The loudest cheers in the background came from Hosszu’s husband and coach Shane Tusup and it helped: Katinka Hosszu won in 1:57,75 and she is the only woman in the fresh 2016 world rankings under 1:58. France’s Charlotte Bonnet finished second in 1:59,63. And Reva Foos (Germany) snatched the bronze in 2:00,14.

It is always the same procedure for the “Iron Lady” Katinka Hosszu: from one final to the podium to the next final: Winner in the 100m back in 1:00,90 ahead of Jenny Mensing (Germany) in 1:02,01. Sarah Sjöström clocked 1:02,26 for the third place – in an event which is unsusual for her normal competition schedule.

Apostolos Christou (GRE) set his second meet record of the day in 54,00. This is the third fastest time in the world in this year so far. He finished more than 1,5 seconds faster than Chris Walker-Hebborn (GBR, 55,69) and Luke Greenbank (GBR) in 55,81.

It would be great to see Sarah Sjöström swim 200 IM – she starts in backstroke, butterfly and freestyle events at the Euro Meet but perhaps breaststroke is her weak point.

Katinka Hosszu challenges herself also in breaststroke events at this Euro Meet, she is in the 200m breaststroke A-final tonight.  But first, she bettered the 200m IM meet record and hit the wall in a time of 2:10,46 ahead of GB’s Aimee Willmott (2:13,03) and Hannah Miley in 2:15,49. The ladies finished in the same order yesterday in the 400m IM.

The 2015 LC World Champion and 2016 SC World Champion in the 200m breaststroke Marco Koch swam the fastest time in the morning heats. Koch finished his first training camp of the year in Spain two weeks ago – he has competed at the Euro Meet since 2007 when he entered the international swimming stage.

Koch said that he is in a different training cycle than in 2016 because he participated in all FINA World Cup stops in 2016 and now must train more. But he is satisfied with his time.

In her seventh final of the evening, the “Iron Lady” Katinka Hosszu paid a little tribute to her monster schedule, she finished 8th in 2:18,54.

Cseh said that he is looking forward to the World Championships in his home town Budapest and that he wants to be as fast as he can in July.

Sjöström is incredibly fast at this time of the season. Sarah Sjöström is in January really close to Britta Steffen’s (GER) 50m freestyle world record of 23,73, she set in 2009 in a high-tech-suit.

The last event of the day in Luxembourg was won by Greece’s Apostolos Christou in 25,20. Second place went to France’s Benjamin Stasilius (26,09) and Nelson Silva touched third in 26,20.

Sjöström is good in 100 free but breaking Steffens world record.. no. That was C1. But she is svary fast so early in the year, and yeah see her in 200 IM would be fun.

Couple years ago Sarah Sjostrom said publicly that she strongly dislike the 200 race and everything that related to it in preparation. It was a confusion in Kazan where she obviously missed the great chance to win gold medal at 200 that forced her to swim it in Rio. It happened that in Rio she missed a great opportunity to win gold medals at 50 and 100 free. She was much stronger at this distances in April 2016, and she was at great shape in Rio. But tough schedule and exhausting 200 competition took their toll. She stated immediately after Rio that there would be no hesitations any more. She is the sprinter.

I understand what you’re saying and think sprint going forward is fine, but I wouldn’t say she lost anything in Rio. She won a gold and three medals, while most of her sprint rivals headed home with one or zero. 200 is always a safer bet to medal than 50 if you’re good enough to have that option. If you would re-do anything it would be skipping all the relays where in hindsight Sweden wasn’t even close to compete for medals. But relays are very special to most swimmers, winning with your team mates means everything and as long as there is a slim chance you want to take it.

It’s about time (freestyle gold). Let’s wish her to succeed. World Record? 23.72 is still far away from 24.01 but at least it doesn’t sound crazy to think about it. There was no progress in freestyle since Berlin in 2014. Her 1:54.08 in Rio was of the same speed level as her relay split two years ago. Let’s see what she does in 100 free tomorrow. She was pretty fast year ago in Austin in January after high altitude training. I’m very excited to see her under 53. Unfortunately she will swim 100 free and 100 fly very close to each other.

Joe is correct.
In Rio, Sarah Sjostrom swam in all three relays prelims and finals of 4×100 free and 4×200 (Sweden didn’t even qualify for 4×100 medley final after winning silver in 2015 Kazan).

She should have ditched the relays where Sweden’s chances of medalling is pretty miniscule, and who knows what could have happened in the 100 or 200 free finals.

its only 2 hours from home but can’t attend that meet , too bad .