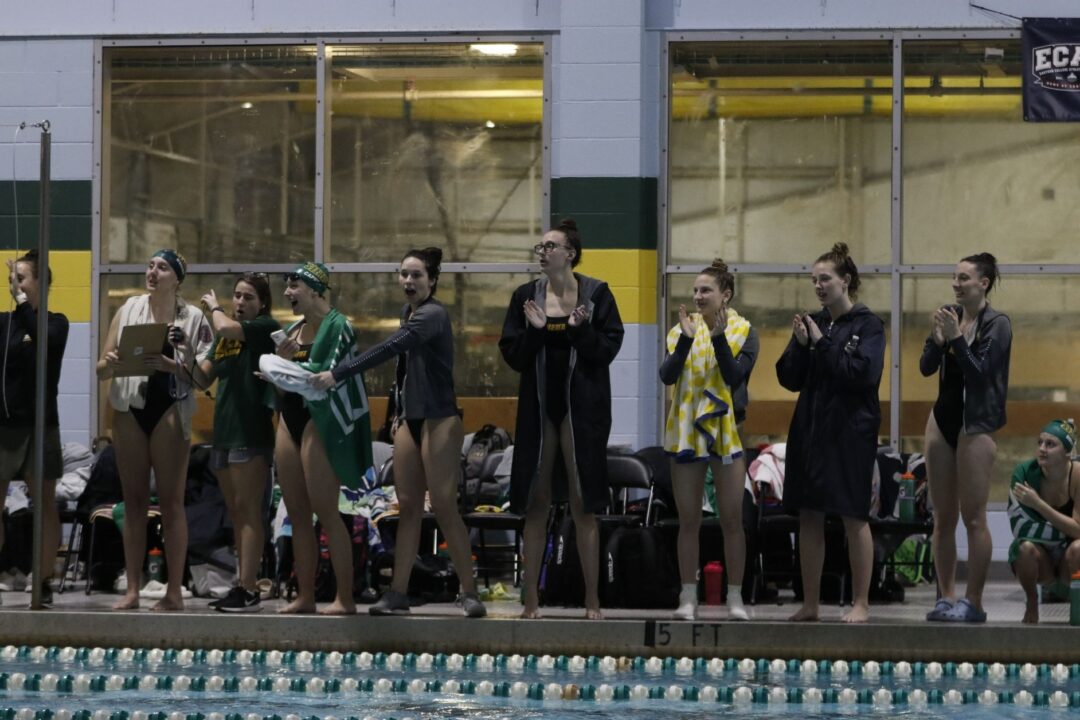 The Saints began the first of five home meets this season with a 174.5-125.5 victory over Sacred Heart at the Siena Swim Center. Current photo via Siena Athletics

LOUDONVILLE, NY – Siena Swimming & Diving (5-2, 1-0) celebrated homecoming on Siena’s campus with a dual meet win in its home opener on Saturday. The Saints began the first of five home meets this season with a 174.5-125.5 victory over Sacred Heart at the Siena Swim Center.

The meet was highlighted by the Saints breaking a pool record that stood since 2007, with the team of senior Rory Kalac, sophomore Maddie Buck, senior Reilly King, and sophomore Kylie Carter swimming a time of 8:00.64 in the 800 free relay.

Siena will take the pool at home for the second straight week on Saturday, November 19 when it hosts Stony Brook at 11 AM.

LOUDONVILLE, NY – The ink was barely dry on the Sacred Heart University women’s swimming & diving record book when junior diver Olivia McNicholas topped her own mark. For the second week in a row, she reset the three-meter mark, but the Pioneers fell, 174.5-124.5, at Sienna on Saturday.

McNicholas topped her record set last week with a winning score of 246.22, nearly two points better than before. She swept the diving events by winning the one-meter competition with a personal-best score of 243.14. Coming in second in the three meter was Lola Barrett with a personal-best 233.69 that’s fourth in school history.

SHU is off until the ECAC Championships, Dec. 2-4.