Shouts From the Stands: A German Fan Laments the Lack of a Berlin World Cup in 2014 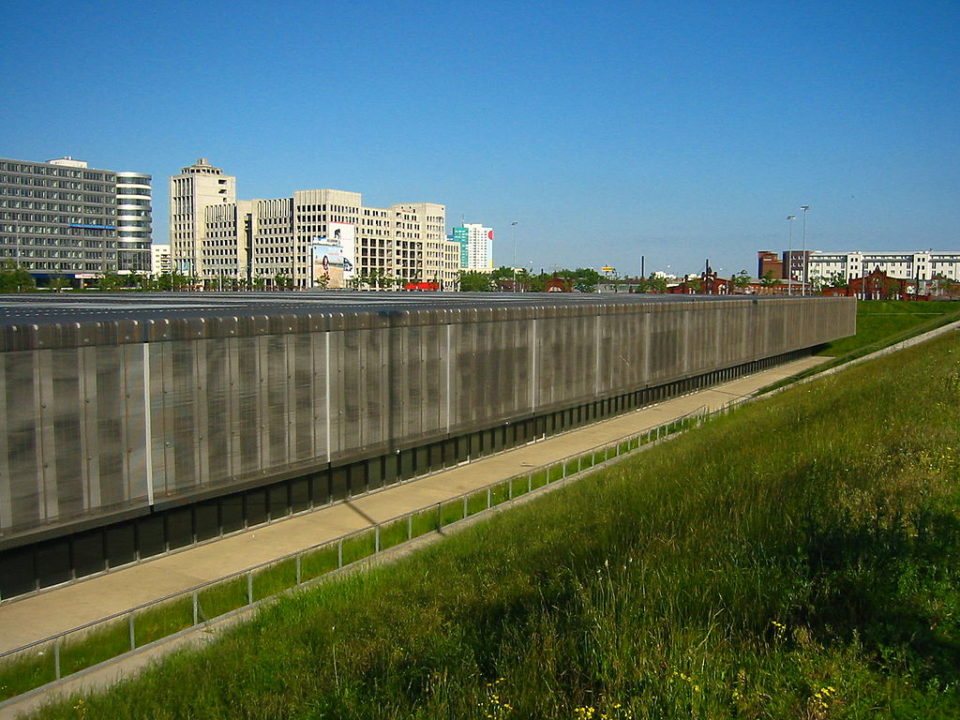 The Schwimm- und Sprunghalle im Europasportpark in Berlin will not host a World Cup meet this year for the first time since 1998. This will be the first time in the series' history that it won't have a German meet. Archive photo via Andreas Steinhoff

Have your own Shout from the Stands to share? Send it to [email protected] and we’ll look it over!

My initial reaction when I read the news headline that Berlin got the axe was disappointment. While I am still new to the whole swimming fandom, I’ve been to the Shortcourse World Cup stage twice and both times it proved to be huge fun. Admittedly, the venue didn’t exactly explode because of the attendance, but it was a nice meet and added some international flavor to my city. The swimmers are rather accessible, and since the hotel they’re staying in is within walking distance from the venue, it is an easy thing to meet them. Superstars like Chad Le Clos proved to be very fan-friendly: he stopped for everyone asking for an autograph or photo, and his parents turned out to be super-nice as well. Hungary’s “Iron Lady” Katinka Hosszu broke several World Records in Berlin. The pool here is one of the fastest on the entire tour, and with the exception of the World Championships pool in Rome, more WRs haven’t been broken anywhere else (but keep in mind that Rome happened during the full body suit era). Even the great Michael Phelps graced Berlin with his presence in 2011.

Berlin has been on the World Cup circuit for 14 years straight, having hosted one 16 times in total ever since the World Cup had been introduced. The swimmers love the pool and the venue, and the city is one of a kind as well.

And now, all of a sudden, FINA decided to drop the bomb on us and took the World Cup stage away for this year.

Things that make you go “hmmmm”. As soon as I read the reason which was given out as to why we got the axe this year, it got really ridiculous and I could only shake my head in disbelief. We apparently cannot afford to host two swimming events this year. This summer, Berlin welcomes European swim stars for the LEN European Championships, considered the of course biggest swimming event on the continent. Nice and well, but if you have a preference for swimmers coming from the US or a certain Chad Le Clos, this is a major bitchslap. It gets even stranger if you read that Doha is on the World Cup list. Doha? The very city which will be hosting the Shortcourse Worlds in December. So apparently, it is no problem for the Qatari city to organize and run two swimming competitions.

This is what is at the core of it. I know that money is always a huge factor, but really, a World Cup which takes place in only two cities outside Asia and the Middle East doesn’t feel like a WORLD Cup anymore. This feels like the soccer World Cup 2022 which will be in, yep, Qatar. A country whose national team has come to a mindboggling huge amount of ZERO participations in the World Cup history thus far. Not to mention that the stadia have yet to be built and since the World Cup takes place in summer, it will be ridiculously hot there. Congratulations, FIFA.

And now FINA pulls a similar stunt here with the World Cup. The whole schedule is more than crazy, starting off in Doha and Dubai at the end of August, followed by a four weeks long break, until the circus moves on to Hong Kong (a new stop), before heading to Eindhoven and Moscow only to relocate to Beijing, Tokyo and Singapore.

So with Berlin out for 2014, I have little to no chances to see any swimmers from the US or Le Clos – unless I make a trip to Eindhoven the first weekend of October. Do-able, since there’s a public holiday on October 3, anyway, and I’ve been crazy enough to fly to Barcelona for Worlds last summer. That, or someone sponsors me a trip to Doha in December.

Yeas, they’ve got the obligatory Qatar stop as well, but it actually kind of makes sense because the Persian Gulf is relatively easy access from distance running powers Kenya and Ethiopia. That schedule is pretty Euro-heavy, but the crowds come out for those meets, and places like Monaco and Eugene genuinely embrace the event in special ways and the IAAF seems to want to keep meets in cities that give them the most press, not just who will give them the most money.

If they still want empty seats they can continue to give the meets like world cups or junior world championships to Doha or Dubai.
But nothing doesn’t shock me anymore. The 2010 short course world championships were in Dubai in a big swimming country. We also have Qatar! That giant handball country, will host the world championships in 2015. That giant soccer country will also host the world cup in 2022. So when will we see the winter olympic games in Qatar? 🙂
And I agree with you. The world cup schedule is crazy.
But don’t complain too much. Here in France, we still have no pool to host a major LCM international meet. And the last… Read more »

Are you that sure that Fina kicked Berlin out? No. Berlin was no longer a candidate, because Eurpean Champs plus world cup is just too much. Now if you come up with the needed money to stage the event…

Or maybe Berlin didnt want to host two events in the same year ? Not just the cost of running both events but the cash prizes cause quite a big dent. Tbh i think the whole world cup circuit should have a shake up same cities over and over