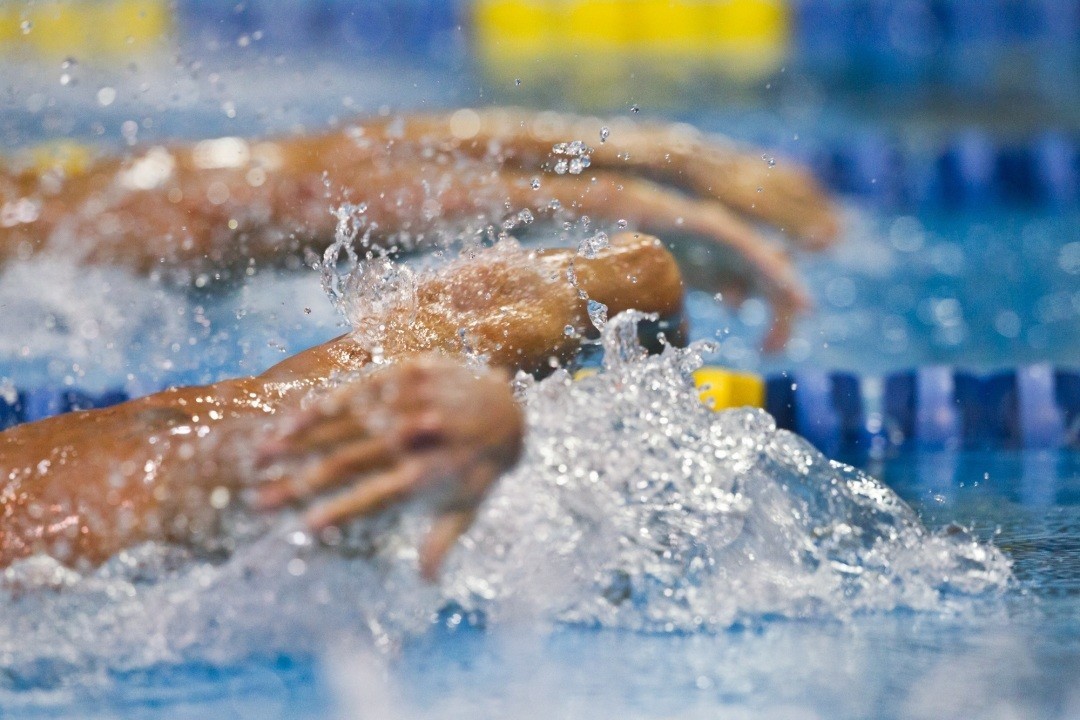 The girls of Shawnee Mission East returned to the top of the Kansas High School State Championships, winning their 6th Class 6A title in the last 7 years. Stock photo via Tim Binning/TheSwimPictures.com

The girls of Shawnee Mission East returned to the top of the Kansas High School State Championships, winning their 6th Class 6A title in the last 7 years.

Shawnee Mission East picked up the runaway win by sweeping the relay events and winning 4 of the final 5 events.

Junior Crissie Blomquist won all four of her races, including a distance freestyle sweep. Blomquist was 1:50.83 to win the 200 free by almost three seconds, and returned to win the 500 free in 4:56.27 – an almost 11-second margin of victory.

Allegri added an individual 100 back win in between the two free relays. The senior went 55.65 to top the field by more than half a second. She was only about a second and a half off the standing state record.

The medley relay paired Allegri with Mary Booton, Longan and McPhail to go 1:49.21. That opened the meet with a Shawnee Mission East state title.

Lawrence Free State, who broke Shawnee Mission East’s 5-year run of 6A state titles last season, finished second, about 100 points back. They were led by senior Sydney Sirimongkhon-Dyck, who blasted her way to the 50 free state title in 23.65 – that crushed the field by almost a full second, and finished about half a second off the state record.

Are there any.Shaunee kids on the team?