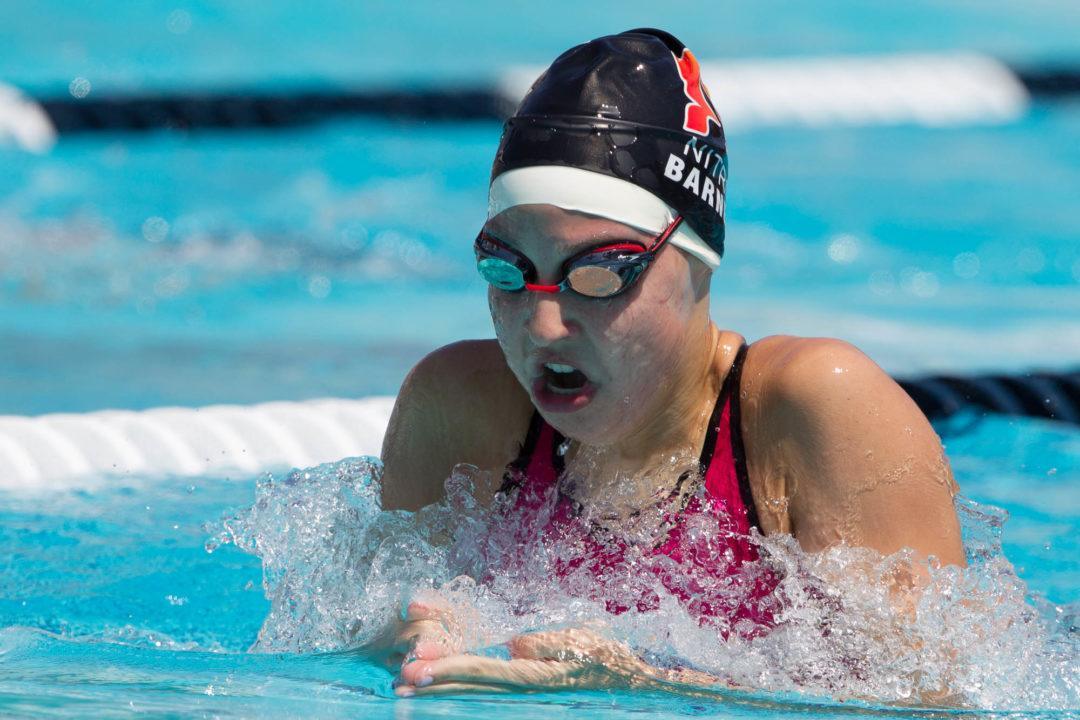 USA Swimming National Junior Team swimmer Regan Barney, who is wrapping up her junior year of high school, has verbally committed to the defending NCAA Champion Georgia Bulldogs. She will join the team in the fall of 2017.

The Bulldogs are best known for their success in the freestyle races (they won NCAA event titles in the 50, 100, and 200 freestyles last season), but also had 4 swimmers last season better than 4:10 in the 400 yard IM. That’s more than any other team in the country.

2 of those 4 finished their last year of eligibility this season, and 1 more (NCAA bronze medalist Emily Cameron) will graduate before Barney arrives at Georgia.

This is a new recruiting pool for Georgia head coach Jack Bauerle. While he’s had swimmers from the Lone Star State in the past, his 2015-2016 roster doesn’t have a single swimmer from the state of Texas.

Hoping this spurs a good recruiting class for the Dawgs. Burchill can’t carry the torch alone. Wonder if IU would trade a breaststroker for a middle distance freestyler?