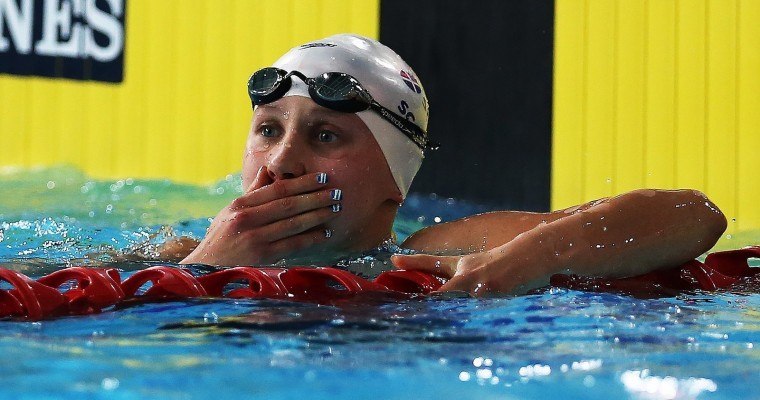 Corrie Scott is a member of the Scottish swimming squad who will be traveling to Indianapolis to compete at the 2016 Arena Pro Swim June 3-5th. Archive photo via (courtesy: Ian MacNicol/Scottish Swimming)

Among the attendees at the IUPUI Natatorium in Indianapolis that weekend will be a squad of Scottish swimmers selected by their federation to compete stateside. Based on performances achieved at Scotland’s National Age Group Championships, as well as the British Championships, 11 swimmers were selected to travel to Indianapolis based on achieving a minimum of 820 FINA points. 5 additional swimmers were added to the traveling roster via discretionary picks by National Coach Alan Lynn.

Said Coach Lynn of the announcement, “With the eight (8) swimmers selected to the Rio Olympic Games competing in Europe with Team GB, we are looking to the intense competitive cauldron of US Swimming to provide some great racing experience for the group. As the final tune-up Meet before the US Olympic Trials, the Indianapolis Pro Series will be keenly contested and we will be agreeing challenging process goals with the swimmers to achieve.”

“The trip is the first opportunity to establish the kind of environment and culture we want to develop for the National Team leading into the 2018 Commonwealth Games in Gold Coast, Australia just under 2 years from now. Learning and resilience will the key themes of the trip, alongside a focus on technical excellence.”