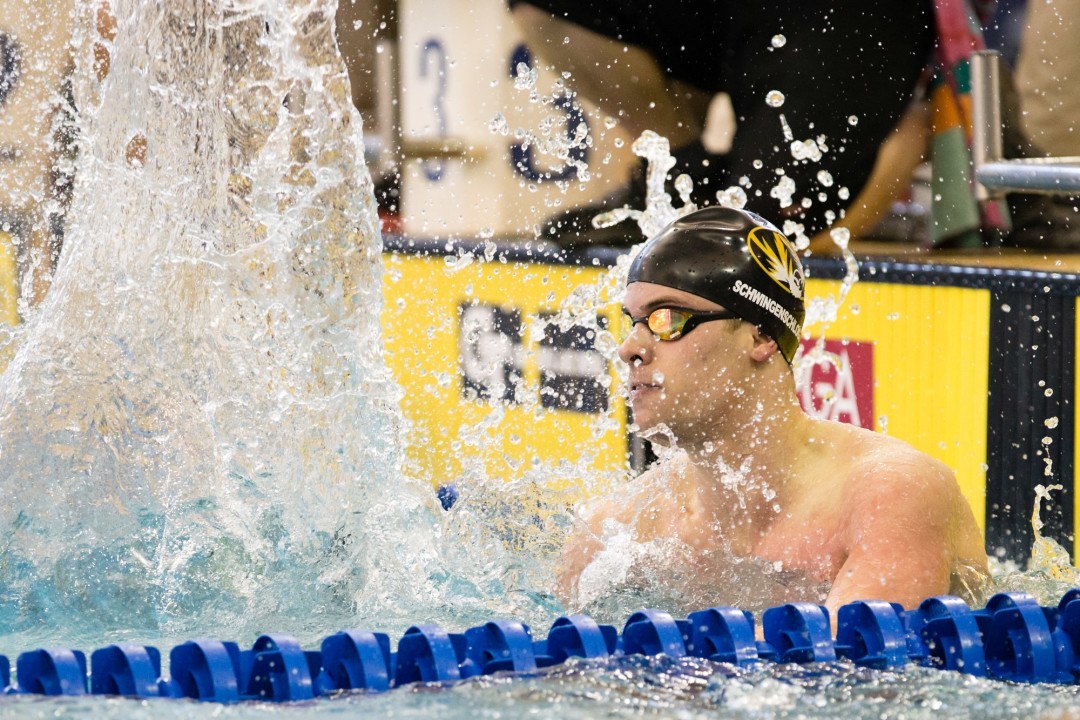 Several German swimmers visited Switzerland over the weekend to race at the 39th International High-Point Meet. Among them was 29-year-old Fabian Schwingenschlogl who topped the men’s 100m breaststroke event decisively.

Getting to the wall in a time of 59.91, Schwingenschlogl beat the field by well over 2 seconds en route to topping the podium. Opening in 27.87 and closing in 32.04, the former Mizzou standout scored the 2nd fastest time of his career. The man has only dipped under the minute mark on one other occasion represented by his lifetime best of 59.83 from April 2018.

Although his time dips under the FINA ‘A’ cut of 59.93 needed for this summer’s Olympic Games in Tokyo, Japan, Schwingenschlogl will need to repeat the feat at one of several domestic German Olympic-qualifying competitions spread out over the month of April.

Finally for Germany, in the women’s 200m breast, Bente Fischer put up a solid performance by reaching the wall in an outing of 2:26.51.

I miss Schwingen my Schlogl

Ah, Febrile Schadenfreude, it’s good to see that name again. His name is almost as fun as (Can) Richard Funk? and Bumperdic Crumpysnactch