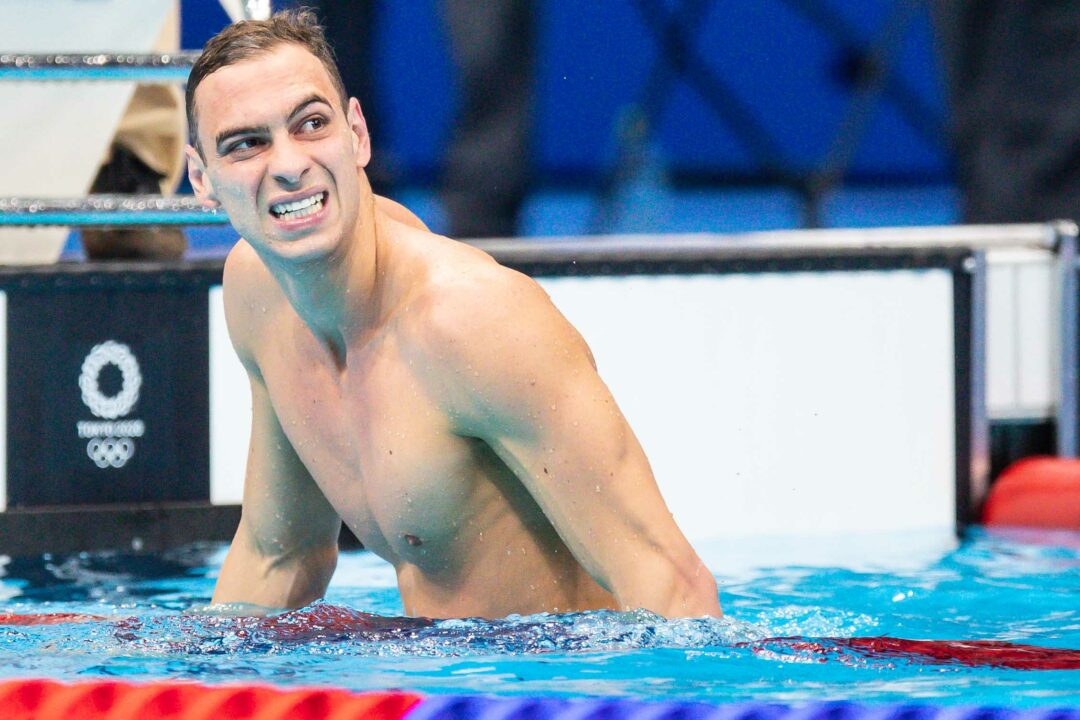 Straight off the Olympic Games, bronze medalist Fernando Scheffer made a statement in the men's 400m free in his native Brazil tonight. Archive photo via Jack Spitser/Spitser Photography

Straight off of the 2020 Olympic Games in Tokyo, Japan, this year’s Jose Finkel Trophy kicked off today in Bauru, Brazil.

As we previewed, 23-year-old Fernando Scheffer is entered in this meet and the Olympic bronze medalist in the men’s 200m free delivered in the short course 400m free tonight.

Scheffer stopped the clock in a super swift 3:40.63, producing a 4free time just about one and a half seconds outside of his own personal best and South American Record of 3:39.10 from the 2018 FINA World Short Course Championships.

Scheffer wasn’t the only one to punch a qualifying time. Runner-up Guilherme Costa broke through with a mark of 3:42.16 while Breno Belt rounded out the top 3 in 3:42.71.

The women’s 100m fly saw Giovanna Diamond get it done for gold, hitting the wall in a time of 57.60. Opening in 27.83 and bringing it home in 29.77, Diamond represented the only swimmer to get under the 58.22 QT needed for Short Course Worlds.

Lanza’s personal best in this 1fly event is represented by the 49.86 logged at the International Swimming League (ISL) final last season.

Is SC worlds this winter?

I thought it was lcm and almost went crazy when I saw 3:40