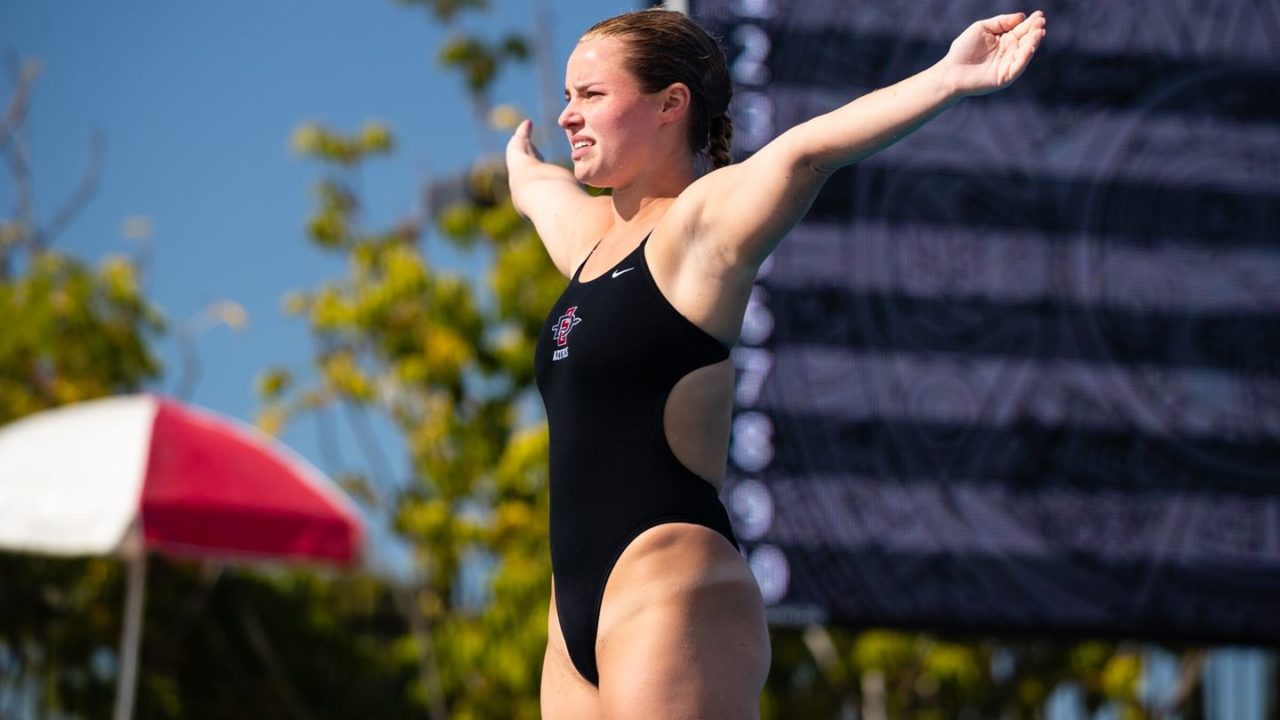 Yacopino broke the 300-point barrier and scored a season-best 302.45 points in the finals to earn the 1-meter title. Lechuga Gonzalez placed third with a score of 276.65 while senior Delaney Gallagher’s fourth-place effort of 275.20.  Six Aztecs finished in the top-10, with Lexi Letts, Gina Cazares, and Erica Sarver ranked sixth, seventh and ninth with scores of 257.55, 256.5, and 244.65, respectively. Gillian Garcia rounded out SDSU’s efforts, placing 11th with a score of 208.70.

Lechuga Gonzalez led the way for the Aztecs on the platform, finishing with a score of 246.15 to bring home the event’s title. Cazares collected second place with a score of 226, a career high. With their efforts, both Aztecs qualified for their third event at the NCAA Zone E Diving Championships. Yacopino snagged fourth place with her own career-high point total of 222.65, followed by Delaney Gallagher’s sixth-place effort of 210.85. Letts and Sarver finished seventh and eighth, respectively with scores of 195.1 and 190.35.

For the platform dive, Sharrer took third after five dives, totaling 223.90 and earning a new career high, besting her previous tally of 213.15. Luberto finished fifth at 217.90.

All three Lumberjack Divers (Jenny Cheetham) will dive the WAC Championships at the end of February and now at the NCAA Zone E Diving Championships March 9-11 in Federal Way, Wash.