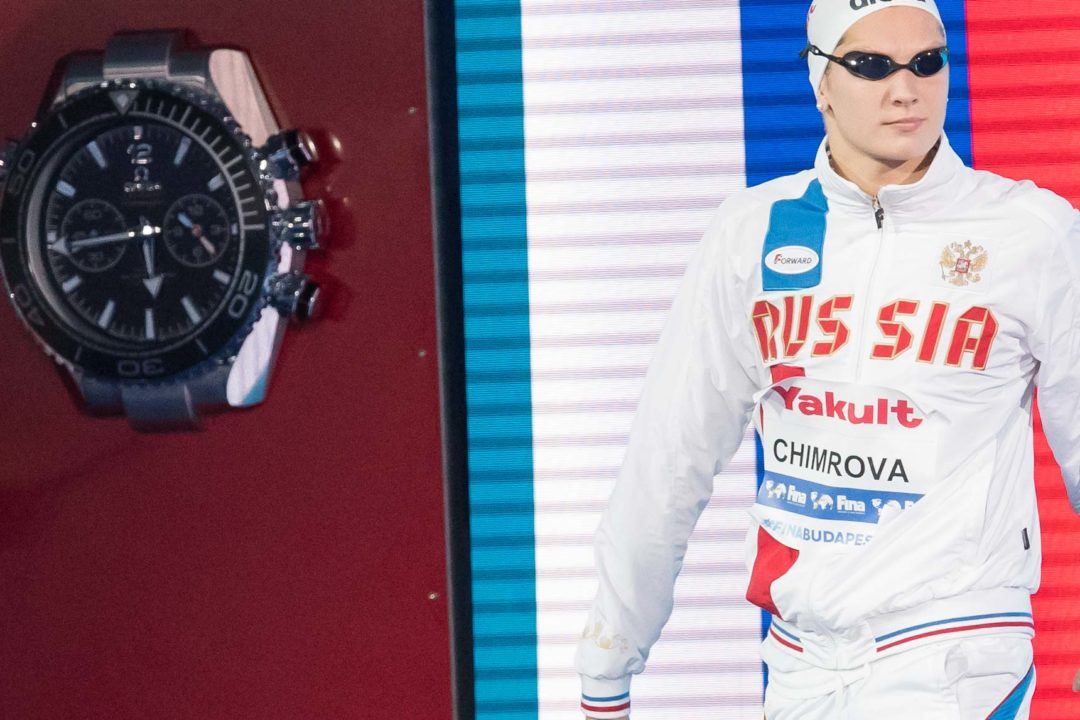 Svetlana Chimrova (above) and Worlds bronze medalist Daria Vaskina are among the swimmers who have been confirmed for attendance at the camp. Archive photo via Mike Lewis/Ola Vista Photography

Members of the Russian National Swimming Team have arrived at the national training camp at Krugloye Lake, where they are currently in quarantine while awaiting results of their coronavirus tests.

Athletes have been isolated in separate rooms while awaiting the results of tests. Presuming they test negative for the virus, the training portion of the camp will begin later this week and run through June 22.

The Russian National Swimming Team is the first among the country’s national water sports teams to resume training, though pools across the country are beginning to reopen.

At least one prominent member of the Russian National Team won’t be at the camp. Russian national team captain Anastasia Fesikova has returned to training in the pool in Obninsk instead of attending the camp. She and husband Sergey Fesikov, himself a 2012 Olympic bronze medalist, have been quarantining in the countryside near Obninsk with their 6-year old son. Fesikova was one of the swimmers who competed at the FINA Champions Series in China in mid-January as the world was first learning about the coronavirus pandemic that would eventually take over the world.

All told, the camp is being limited to 40 people, including swimmers, trainers, and coaches, and won’t include National Team coach Sergey Chepik, who at 66-years old is in a high risk demographic.

While the federation hasn’t released the names of swimmers and coaches who will be attending, a social media search reveals that among those present are 2019 World Championships bronze medalist Daria Vaskina, who took 3rd place in the 50 backstroke and 8th place in the 100 backstroke last summer in Gwangju.

Other professional-level sports are resuming around Russia this week as the country eases restrictions. That includes professional soccer clubs and the country’s speedskating team.

Two of the country’s star swimmers, Vlad Morozov and Yulia Efimova, are based in the U.S. and not expected to attend. Social media posts also indicate that World Champion Oleg Kostin is not currently at the camp.

To be fair most of the Russians won’t have to worry about the Olympics or really any meets that drug test.