Russia Will Camp in Vladivostok before 2019 Worlds in Olympic Test 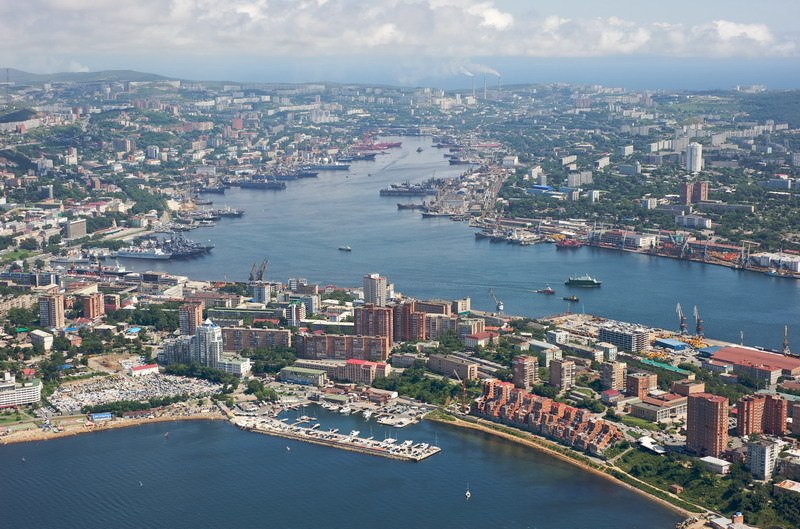 The Russian National Team will train in Vladivostok for the 2019 FINA World Aquatics Championships that will be hosted next summer from July 12th-28th in Gwangju, South Korea.

While the Russian capital of Moscow in the west is 6 hours behind South Korea, Vladivostok at the far eastern end of the country is actually 1 hour ahead of South Korea, highlighting the vastness of Russia.

Vladivostok is a port city of over 600,000 people that is located about a 150 mile drive from both the North Korean and Chinese borders (the city is located on a peninsula, and so is much closer to both by water or ‘as the crow flies.’

The team will take a full month to acclimatize for the World Championships, Russian head coach Sergei Chepik said. They will spend 2 weeks in Vladivostok, and then 2 weeks in South Korea.

“If it works, we will use this option before Tokyo,” he said. “If not, we will adjust it.”

While Chepik did not announce the specific facility that the team would train at, their home will likely be at the Olympian Sport Club, which has an indoor, 8-lane, 50-meter pool.

The trip from Moscow to Vladivostok takes more than 6 days (and makes 120 stops across 9300km) via the Trans-Siberian Railway and over 9 hours via a direct flight.

1) Why is it better to give the college kids an advantage over the pros, when the pros are more likely to be able to taper in December?
2) 10 days from Winter Nationals in Greensboro to travel halfway around the world and adjust 13 hours of time zone, all while studying for finals, trying to hold a double taper, and without ruining their college season? That sounds like a terrible idea…

The college kids don’t really have an advantage other than the fact they train scy. I am saying that a meet like winter nationals last year should have determined this years roster for short course worlds. I assume that USA would have a faster roster if the deciding meet was an scy meet and not a long course.