Rothman Steps Down as Colorado School of Mines Swimming Coach 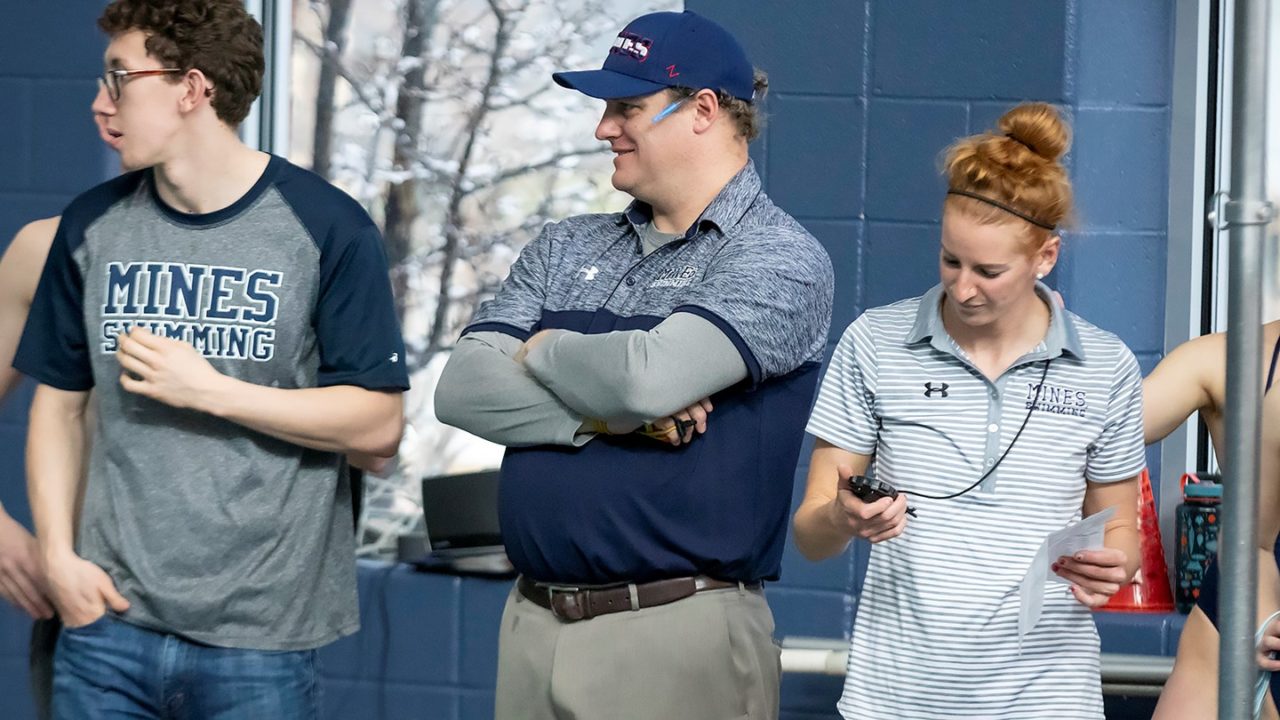 GOLDEN, Colo. – Colorado School of Mines swimming head coach Nate Rothman has announced he will step down from his position after more than a decade on the pool deck with the Orediggers’ men’s and women’s programs.

“I want to thank Nate for his leadership of the Mines swimming program over the past nine years,” said David Hansburg, director of athletics. “His swimmers have consistently been some of our best scholar-athletes in the classroom and have been accomplished in competition. We will work to continue this success in the Mines Swimming program moving forward.”

Rothman recently completed his ninth season as Mines’ head coach, having been appointed in 2010 after working as an assistant coach with the program during the previous two seasons. A national search for his successor will begin immediately.

“After nine years as head coach of Mines swimming I have decided to step down from my role. Coaching at the NCAA level was always a dream of mine and my family has always been supportive of that endeavor. It has come time for me to pay that back and support them to my fullest ability,” Rothman said. “I want to thank Mr. Hansburg, all of the Mines Athletics staff, and the university for their support over the years. Most of all I want to thank all of the swimmers and coaches that I have had the honor to work with as a part of this long-traditioned program.”

The RMAC coach of the year in 2010-11, Rothman has mentored 11 All-Americans including 2019 NCAA competitors Daphne Williams and Mia Wood. He won 54 dual meets over nine seasons and all but two program records on the men’s and women’s books have been set during his tenure. Rothman has had four swimmers (Zach Gertig, Mia Wood, Brennan Mays, and Jonathan Donehower) win RMAC championships.

Rothman’s teams have excelled in the classroom under his leadership; the men’s team has won all seven RMAC Brechler Awards for the conference’s top team GPA since the award was established in 2012-13, and the women’s program has won the award once, in 2016-17. Both teams are regulars on the CSCAA national Scholar All-America team lists, and over the past four years, Mines has had 91 swimmers earn RMAC All-Academic status, the most in the conference during that span. Rothman has also had three Academic All-Americans in Angel Forsling (2010-11) and Brennan Mays (2015-16 and 2016-17).

Nate did an awesome job at Mines. It is an extremely academically challenging school. His teams always raced hard and were great in the classroom.