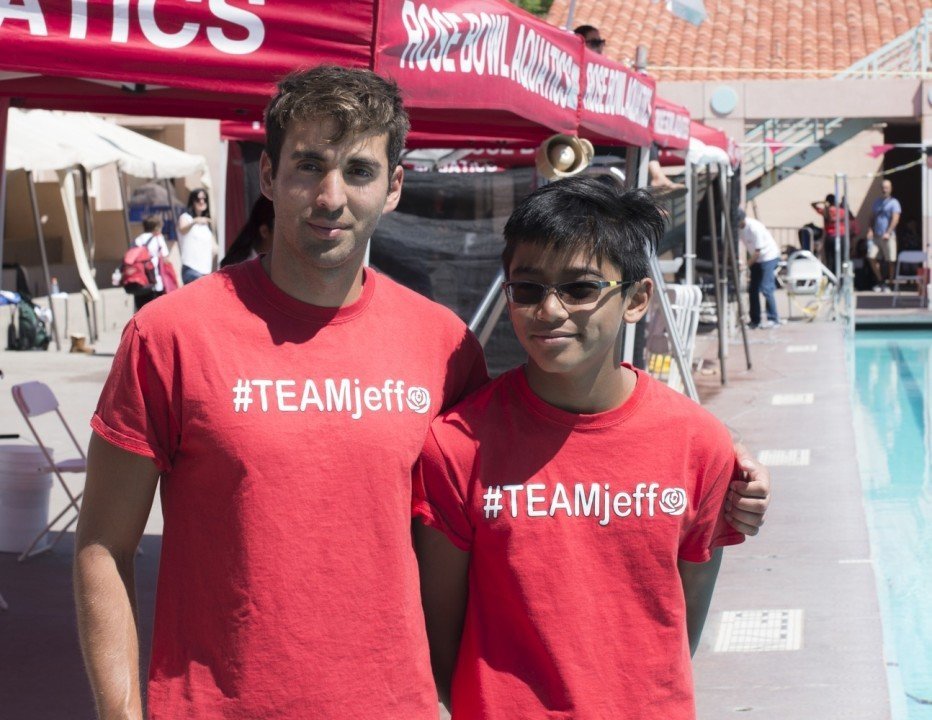 Ten-year-old Ronald Dalmacio of Rose Bowl Aquatics in Pasadena, California, has been on a tear this spring, taking down national and LSC records that had once seemed untouchable. This weekend, at an intrasquad meet at the Rose Bowl Aquatic Center, he added three new individual NAGs and lowered a fourth that he already held.

Dalmacio began by splitting a 26.91 leadoff 50 yard backstroke on the Rose Bowl boys’ 10-and-under 200 yard medley relay that went on to break the National Age Group Record in the event. Dalmacio’s leadoff leg downed an NAG record and in so doing he became the first 10-year-old boy in history to crack the 27-second barrier. The previous mark of 27.52 had been set by Brett Feyerick in 2014.

The rest of the meet consisted of long course meters events, and Dalmacio made his mark in a big way. In the 50m back, he destroyed Vinny Marciano’s 2012 NAG of 32.07, crashing through the 31s straight down to 30.95.

Wonder if that was the first time someone broke a NAG record for short course AND long course in the same event in the same day? I believe he ages up soon so watch out all you 11-12 boys!

Congrats!! What a talented athlete! The amount of determination, training and dedication that goes into achieving national records at any age is admirable!! Keep up the great work!

Congrats to Ronald Dalmacio on another weekend of NAG records.
Most impressive: 30.95 in the 50 back. NAG record by Vinny Marciano improved by more than 1 second! 😯
I would like to watch that race in video.

always ez to set records when you are bigger. good job! although some coach will soon push the next 10 year old to work harder just to break that record

Breaking so many NAG records is amazing in itself, but breaking Mr Marciano’s 50 free record by over a second is beyond words! This boy is something special!

those backstroke times are astounding. granted he does appear to be tall (towers over the other kids in the relay photo) but stunning times.