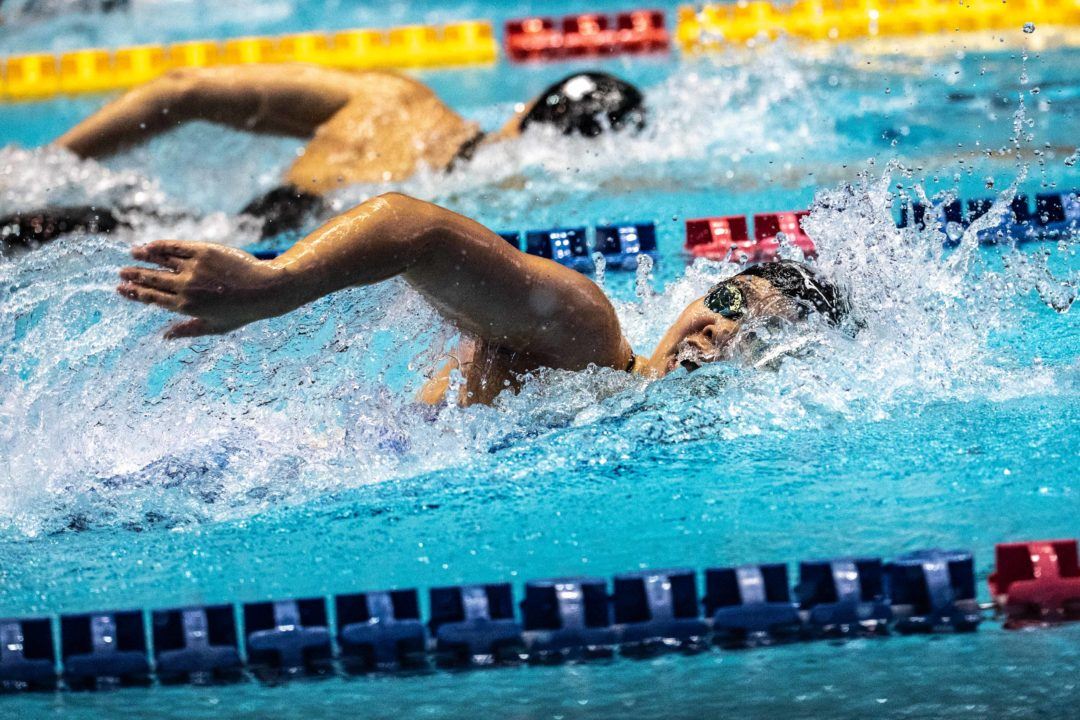 The final day of competition here at the 96th Japan Student Swimming Championships ended with a bang, courtesy of 19-year-old Shoma Sato.

You can read more about Sato’s history-making swim here.

Also in the water on this last day was 20-year-old Rio Shirai of Toyo University, with the versatile swimmer taking on the women’s 100m free individual event. Clocking the only time of the field under 55 seconds, Shirai got her hand on the wall first in 54.76.

Shirai owns a lifetime best 100m free time of 54.27, a result she posted in September of 2019 at the Japanese Sports Festival. That outing rendered her as Japan’s 5th fastest performer all-time.

She topped her night with a swim as part of Toyo’s women’s 4x200m freestyle relay, helping the squad reach the top of the podium in a new tournament record. Leading off in 1:58.23, Shirai teamed up with Runa Imai, Natsumi Sakai and Haruka Nagashima to collectively clock a time of 8:01.15. That result sliced .23 off of the previous meet record of 8:01.28.

Yesterday’s 200m fly winner Tomoru Honda was back at it here in Tokyo, tackling the men’s 400m IM. Hitting the wall in a time of 4:13.31, the Nihon ace held off a charging Ippei Miyamoto who touched just over half a second later in 4:13.96.

Not just one – TWO! And neither of the guys were named Seto or Hagino! Japan is feeling that home games fever and it’s translating to faaaast swimming. We love to see it!