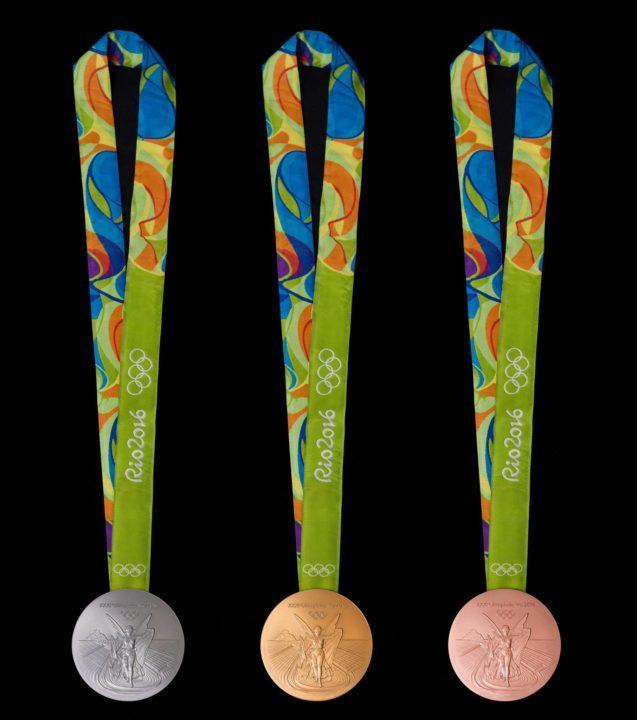 For the first time ever, athletes earning podium spots at the 2016 Rio Olympic Games will receive their coveted medals during one of three different award ceremonies. Each ceremony, labeled as ‘traditional’, ‘popular’ and ‘cool’ is complete with its own music and official outfits matching the character of each sport, according to Rio organizers.

Sports falling into the ‘traditional’ category include equestrian and fencing, with medal ceremonies leaning towards the more formal, classical style, with presenters wearing jackets.

As for the ‘popular’ sports, which include volleyball and basketball and swimming, based on the quick preview video below, the presenters’ jackets get jazzed up with an orange stripe, as athletes receive medals against the background of pop music.

BMX, beach volleyball and mountain biking are categorized under the ‘cool’ medal ceremony, with medals being awarded to the sound of Brazilian funk music. Jacketless presenters with rolled up sleeves are slated to give the medals to a blend of hip-hop and electro music.

Below is a sampling of the traditional, pop and cool musical arrangements, each produced by Nicolay and composer Alex de Faria.

All videos courtesy of Rio2016.com.