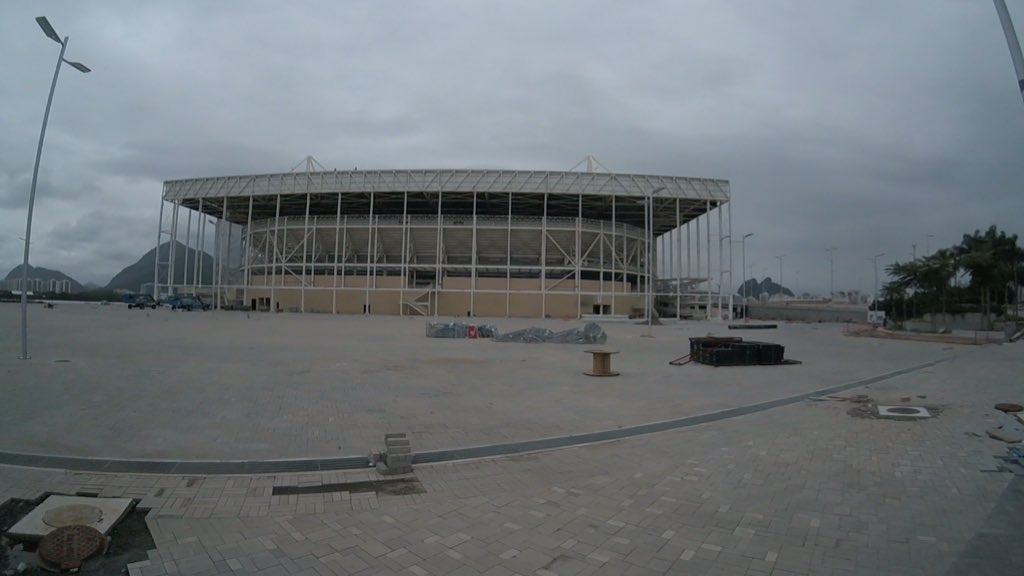 Rio organizers are 'confident' the Olympic Aquatics Stadium will be ready for April's test event. Archive photo via Courtesy of Stephanie Juncker on Twitter

Despite concerns to the contrary, a Rio 2016 spokesperson has stated that the Olympic Aquatics Stadium will indeed be ready for the upcoming test event in April.

According to a report published in The Washington Post just last week, Rio organizers and officials were reportedly in contingency plan preparation mode. Precautions were being reviewed, reportedly in the event the primary swimming venue, the Olympic Aquatics Stadium, would not be not ready for the upcoming test event, the Maria Lenk Open Championships.

However, the source tells Insidethegames.biz now that “we’re fully confident all will be ready for the swimming test event as planned in the new Olympic Aquatics Stadium”

An original concern stemmed from FINA Executive Director Cornel Marculescu who, regarding the state of the swimming venue, commented “there are still a lot of things to do. We need to install an artificial ventilation system for the pool deck to make sure there is enough air circulation, that it’s not too hot or cold.”

The stadium’s readiness for Opening Ceremonies in early August has not been raised as an issue at this point.