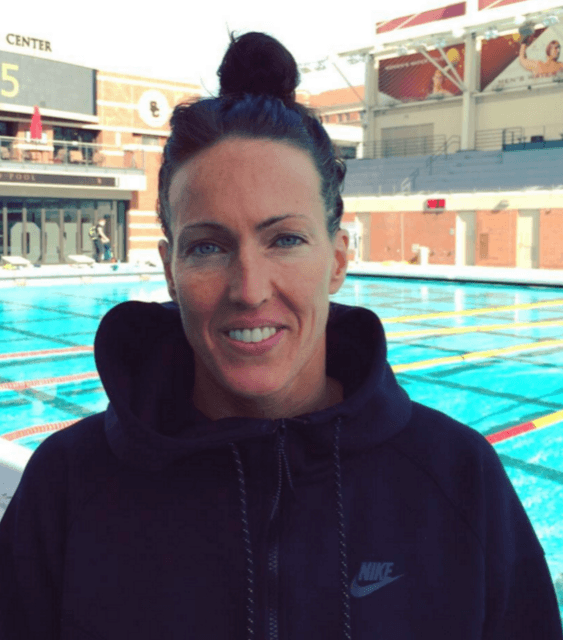 Sam Hoover was down by more than 3 seconds at the halfway point of the meet behind Baylor Nelson, but fought back to grab the win.

The 38-year-old Olympian and mom trained with the club for about three weeks while she and her partner/coach, Johan Wallberg were visiting California. Alshammar is hoping to make the Swedish roster for Rio, which would mark her 6th Olympic Games appearance.

Salo tells SwimSwam that Alshammar trained with the club’s short sprint group and said that “her training was very similar to our usual group.”

Salo also said that “her husband helped with the group a few workouts and it was very complimentary to my program.”

In her storied career, Alshammar has won an astounding 69 medals across her Olympic Games, World Championship and European Championship appearances, of which 37 were gold medals. The Swede also still holds the current short course world record in the 50m butterfly at 24.38 seconds.

Says Salo of Alshammar’s approach to practice, “she is very deliberate in her training and her technique is a strong component to her success.”

Alshammar attended the Austin stop of the Arena Pro Swim Series back in January, only to scratch the 100 freestyle and 100 butterfly events. She did wind up competing in the 50 freestyle where she finished 11th with a time of 25.38.

The 50 fly record belongs to a Swede all right, however the holder is Sara Sjostrom, not Alshammar, with the Beamonesque 24.38.