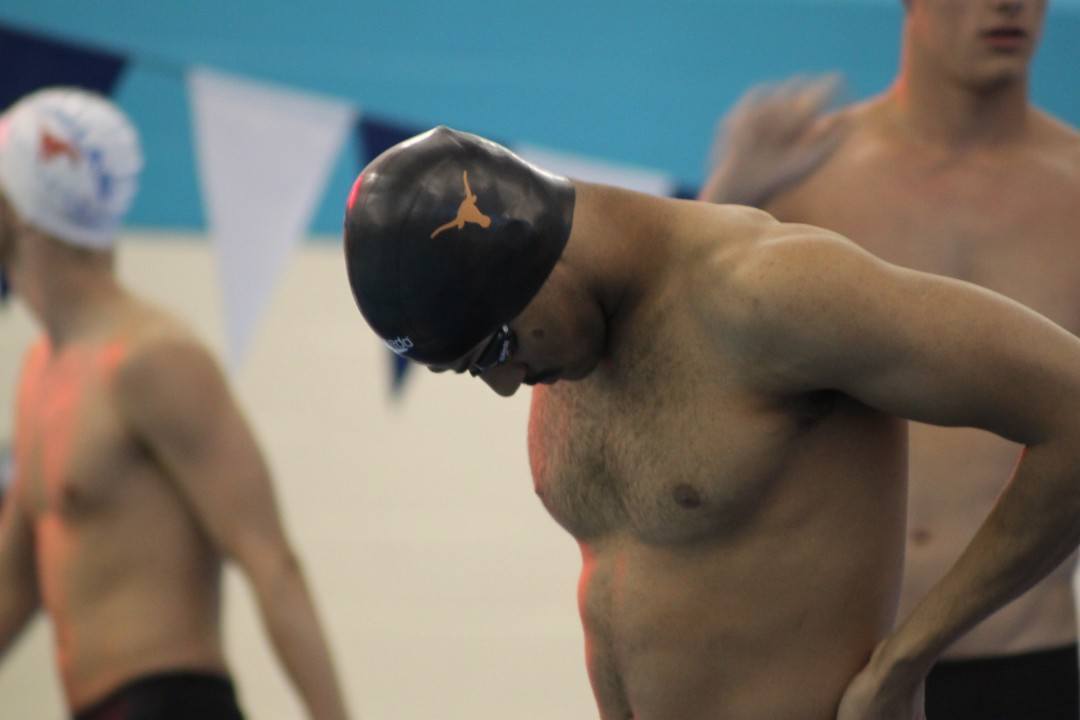 There's only one scratch out of the A finals on night 1 of the 2016 Longhorn Aquatics Elite Invite, and it's 5-seed Brett Ringgold in the 100 free. Archive photo via Andy Ringgold/Aringo Photography

There are only two scratches out of the A finals on night 1 of the 2016 Longhorn Aquatics Elite Invite, and both come in the 100 free.

That allows their Texas teammate PJ Dunne into the A heat as well as Olympian Matt Grevers of Tuscon Ford Dealer Aquatics.

Beyond that, there are 5 swimmers scratching out of B finals slots: