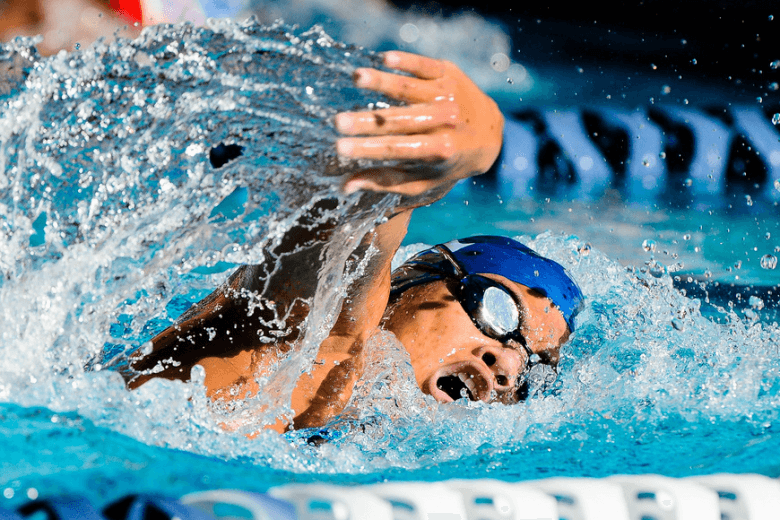 Recent Rice graduate Chelsea Fong, a standout on the Owls swim team the last four years, has been awarded one of the 15 Jim Castañeda Postgraduate Scholarships. Archive photo via James Hilton

The following is a press release courtesy of Rice University:

The league’s prestigious postgraduate scholarship is named for Dr. James Castañeda, who served Rice for 46 years as an educator, coach and Faculty Athletics Representative before he passed away in November 2008. The conference annually presents the $4,000 postgraduate scholarship award to 15 graduates as selected by the C-USA Faculty Athletics Representatives and approved by the Board of Directors.

Fong had another outstanding season in 2014, leading the Rice swim program to its third C-USA championship in her four years on the team. The Cupertino, Calif., native reached the league’s championship finals of three individual events, where she placed third in the 100-butterfly with a time of 54.46 that is the fourth-fastest mark in Rice history. Fong also swam on two Owl relays that won C-USA titles, including the anchor leg of the 400-medley that set a new school record (3:39.00). In her collegiate career she was twice named the program’s most valuable performer.

Academically Fong was equally strong in the classroom. She was a four-time selection to the C-USA Academic Honor Roll as a kinesiology major, and was recently accepted into medical school.

Fong is the seventh Owl in the history of the swim program to earn a postgraduate scholarship. She is the first Rice swimmer to receive the Castañeda Scholarship.