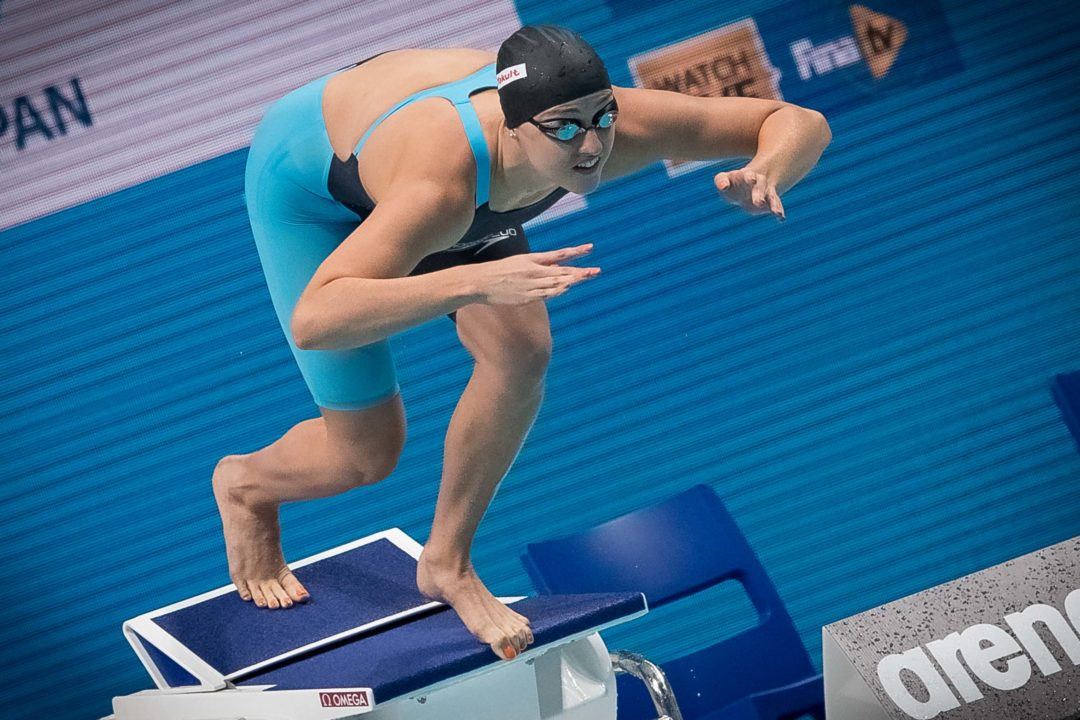 While competing on day 1 of the 2021 Manchester International Swim Meet, Molly Renshaw hit the British national record in the women’s 200m breaststroke.

Racing in the exclusive final which contained just 7 swimmers, Renshaw ripped a huge lifetime best of 2:22.08, a time that matches the current national standard which Jocelyn Ulyett put on the books at the 2017 British Championships.

As for Ulyett, the Loughborough athlete was in tonight’s race, finishing with the bronze in 2:25.26. Between the now co-national record holders was Abbie Wood, the International Swimming League (ISL) newcomer to the NY Breakers who made waves in her debut season.

Here in Machester, Wood hit the wall in a massive PB of 2:22.77, approaching the national record herself. Wood’s previous career-best performance rested at the 2:26.02 she swam back in 2017. With her result here, however, the young gun now becomes Great Britain’s 4th fastest woman all-time.

Renshaw and Wood now slide into the world rankings as the #2 and #3 swimmers this season.

It was very exciting & enjoyable to watch the live stream of this meet. Even with the extended break in the middle of Day 1 finals, which was filled in nicely with some video clips, the meet has been a joy to watch. Molly was flying. They are also featuring para swimming final after the regular finals, & watching Ellie Challis swim a British record in the 50 back was amazing. Kudos to the entire Brit & Manchester Swimming crews.

A great example of perseverance. Molly made her international debut for GB a decade ago – I can’t imagine too many would still be swimming PBs so long after breaking out as a 14yo.