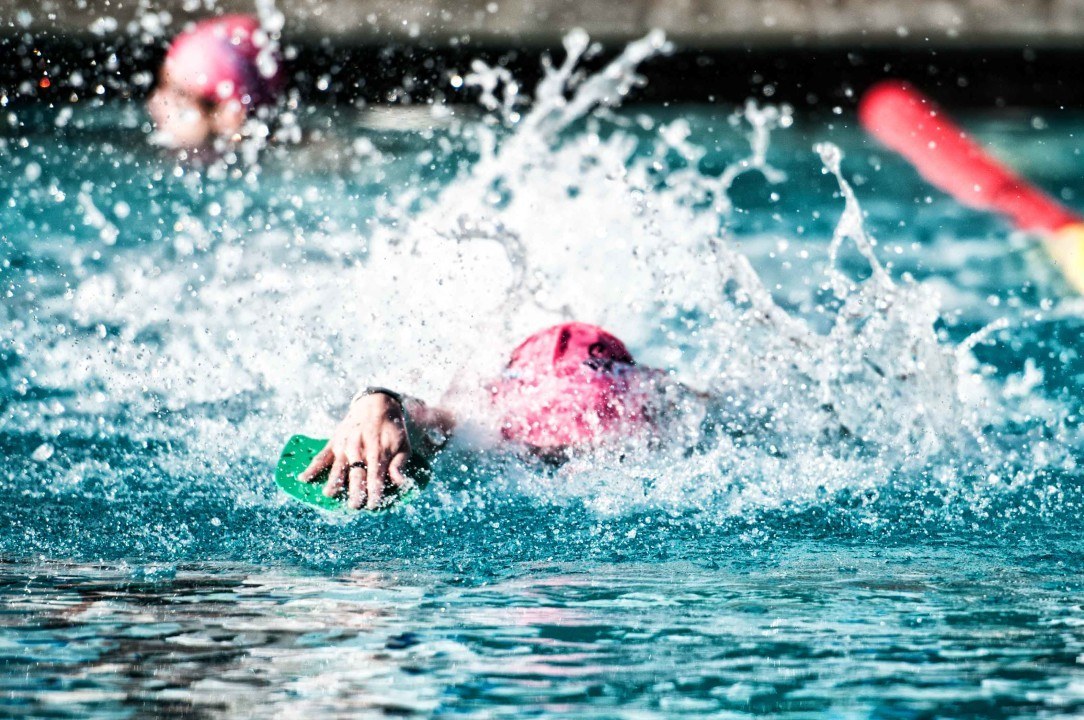 The girls of Harpeth Hall won both relays on day 2 of the Tennessee High School State Championships, and the Memphis University School boys shattered the state record in the 400 free relay as both programs nabbed overall state titles. Stock photo via Mike Lewis/Ola Vista Photography

The girls of Harpeth Hall won both relays on day 2 of the Tennessee High School State Championships, and the Memphis University School boys shattered the state record in the 400 free relay as both programs nabbed overall state titles.

The Tennessee High School State Championship meet divides the traditional high school event lineup into two days, with prelims and finals of the first 5 events taking place on day 1, and the final 6 events closing things out on day 2.

The girls of Harpeth Hall pulled in two relay wins to turn back the tide and win the Tennessee state title after finishing day 1 in a tie.

The trio of Julia Eskew, Ella Nelson and Ophelia Pilkinton combined to help both relays win. In the 200 free relay, Pilkinton split 23.7, Nelson 23.5 and Eskew 23.1, combining with a 25.9 leadoff leg from Emily Jenkins to go 1:36.43. That beat out Science Hill by about two and a half seconds.

A pair of state records went down on day 2. One of the most impressive was the 500 free, where Hardin Valley’s Erica Laning chopped 5 seconds off her lifetime-best to go 4:42.79 and break the state record set last year by Tatum Wade. For Laning, that followed up a 200 free title on day 1 that almost saw her break another Wade record.

Wade, meanwhile, swapped out her event lineup this year, swimming and winning the 200 IM instead of the 200 free and choosing the 100 free over the 500. Wade, a USC commit, was actually upset in the 100 free, with Station Camp’s Riley Gaines picking up the win 49.36 to 49.39. Gaines had never been under 50 seconds prior to this weekend.

The other state record went to Allie Raab of Brentwood in the 100 breaststroke. Raab rolled to a 1:00.95 to pick up the win by about a second over Eskew. That time downed the old state record, set in 2009, by about two tenths of a second.

The Girls Preparatory School’s Susanna LaRochelle won the 100 back, going 54.81.

On the boys side, the Memphis University School smashed a state record in the 400 free relay to come down with the overall state title, outpacing the Baylor School, which previously held that record.

After winning the 200 medley relay on day one, the Memphis University crew picked it up on day two, winning the 400 free relay in 3:01.50 and obliterating the previous state record by two and a half seconds. Alex Robinson (44.44), Jack McCaghren (46.66), Christian Berry (44.61) and Henry Keel (45.79) combined for that win, which powered the team to the overall points title.

Baylor fought hard, getting back-to-back wins from Trey Freeman, but wound up second overall. Freeman swam and won the 500 free early in the session, going 4:22.48 for a dominating win. He anchored the Baylor 200 free relay in the very next event, splitting 19.99 to help Baylor touch out the Memphis University School 1:23.18 to 1:23.44.

Science Hill’s Daniel Chang continued to impress. The senior followed up his big 200 IM from day one with a 53.94 win in the 100 breaststroke.

One of the night’s best races came in the 100 free, where Knoxville Catholic’s Alec Connolly outlasted the field in 45.09. Just behind him, Keel tied with Collierville’s Joshua Walsh at 45.21 for second, and Berry was just .01 back in 45.22.

The 100 back was another great race, with Daniel Whisenant of the University School of Jackson going 48.64 to touch out Memphis U’s Robinson by just a tenth.

Ensworth’s Charlie Clifton won the 1-meter diving event with a score of 573.95, just missing the state record by a less than two points.

Way to go MUS! This team has been building since Pace Clark (Georgia) and Crews Welford (Alabama) were there with Coach Parker beginning in 20009/2010. Great to see them get the Tennessee State Championship.