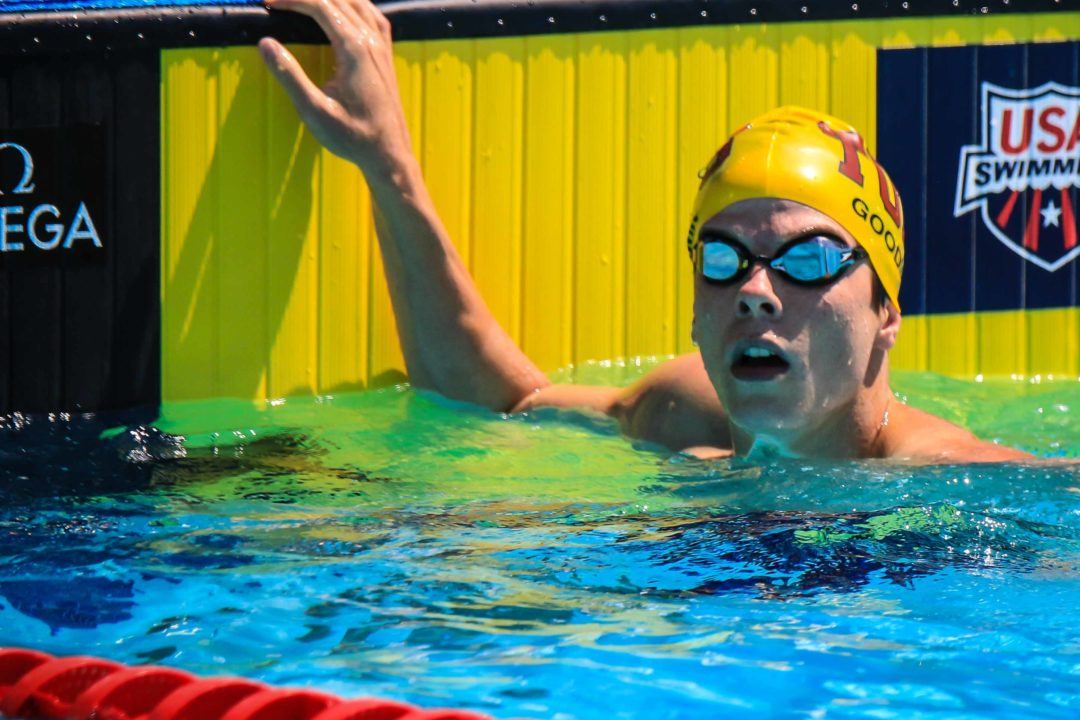 Regis Jesuit's Will Goodwin (above) leads the state in the 100 breaststroke in 200 IM so far this season. Archive photo via Jack Spitser/Spitser Photography

The 2019 Colorado High School boys’ season is upon us, and Mountain Vista head swim coach Rob Nasser has compiled the first state rankings of the season.

The defending state champion Regis Jesuit boys remain in a familiar top position in the 5A (big school) rankings. They won the annual Dick Rush Coaches Invite last weekend ahead of Cherry Creek and Ponderosa. Regis and Cherry Creek sit 1-2 in the 5A rankings, separated by only 5 points.

Greeley West, though, sits atop the 4A rankings. They’re reliant largely on depth: their only top-ranked competitors this season is their 200 free relay, which has already been 1:32.77.

The rankings methodology, per Nasser: