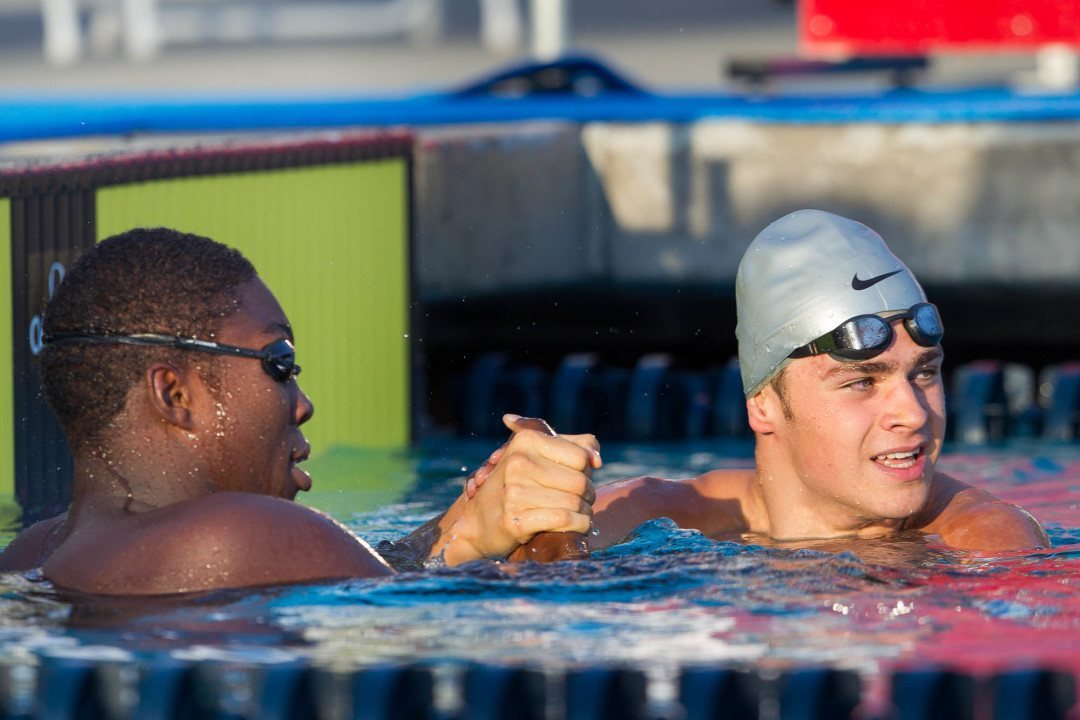 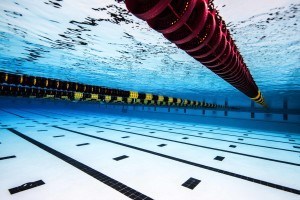 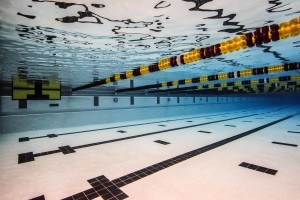 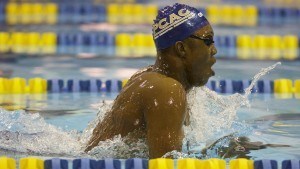 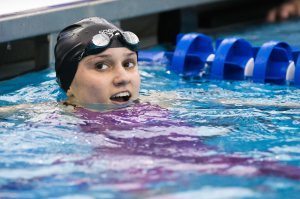 The 2016 National Club Swimming Association Junior National Championships will be held from March 15th-19th, 2016, in Orlando, Florida. The meet, while not the official USA Swimming Junior National Championships, has grown to hold almost the same level of prestige. Specifically, this meet has become popular for those teams who, because of high school championships among other reasons, prefer to attend this sort of national-level meet in March to December when USA Swimming holds theirs.

In 2016, as Olympic preparations begin, prelims will be held in short course yards – the traditional course for this meet. Finals, however, will see the pool switched to long course, with dozens of new Olympic Trials qualifiers expected to come out of the meet’s end.

A selection of the meet’s key races are highlighted below:

1. Reece Whitley vs. Michael Andrew in the Breaststrokes

America’s two brightest 16-year old stars on the men’s side of the pool both happen to be phenomenal breaststrokers, and Reece Whitley of Penn Charter Aquatics and Michael Andrew of Team Andrew Indie Swimming have been trading National Age Group Records back-and-forth for years.

While Andrew is the more versatile of the two swimmers (he’s entered in 13 events over the weekend), both swimmers’ best hope at a breakthrough spot on the Olympic Team comes in the breaststrokes.

2. Margaret Aroesty vs. Alexis Wenger in the 100 Breaststroke

While not carrying quite the same cachet as Whitley vs. Andrew, a battle of two 15-16 girls breaststrokers could be just as good of a battle. 16-year old Aroesty of the Long Island Aquatic Club comes in seeded at 1:00.00, and 15-year old Wegner from the Grosse Pointe Gators in Michigan is seeded 2nd in 1:00.02.

The two have the chance to make some small history and become just the second set of 15-16 girls to break 1 minute in the 100 yard breaststroke at the same meet – Lilly King and Lindsey Horejsi both did it at the 2013 Winter Junior Nationals. Sub-minute has only been done 6 times in the history of the age group at any meet.

Wegner, the National Age Group Record holder for 13-14’s, hasn’t been close to her time since aging up in the fall, but also hasn’t swum much of a meet worth resting for.

Ozaukee Aquatics’ Katie Drabot, one of the few swimmers at this meet with senior-international level experience (she raced at the 2014 World Short Course Championships), could be lined up for a big weekend in Orlando. Last year, she took 3 event wins at the spring NCSA Championships (200 free, 200 IM, 400 IM) to earn the meet’s individual high-point award for girls. This year, she’s got 9 individual entries, and is the top seed in 8 of those races.

Among the swimmers she’ll be challenged by include the afore-mentioned Aroesty in the IM races; and Duke commit Kylie Jordan in the sprint butterflies.

4. Next Generation of Young Female Stars

Last year, then-13 year old Kate Douglass of the Westchester Aquatic Club placed twice in D finals and once one a C-Final in the 200 breaststroke. This year, she’s progressed onto the main stage, and holds as high as #3 seeds in two events: the 200 breaststroke and 50 free.

This year, there will be four 12-year olds competing at the meet. One of them is Douglass’ teammate, Joy Jiang. Two of the others, Katelyn Kubiak and Sophia Remington, are also teammates at Ozaukee Aquatics in Wisconsin. The other 12-year old in attendance is Jenna Marquette of Life Time Minnesota.

Love to see Oz continuing to produce young talent, and guiding them through the college level (and beyond).

Based on how he’s swam this past month I wouldn’t expect a PB from MA and I don’t see him swimming anything over a 100 except for the maybe the 200IM. The days of the 400IM are long gone for him.