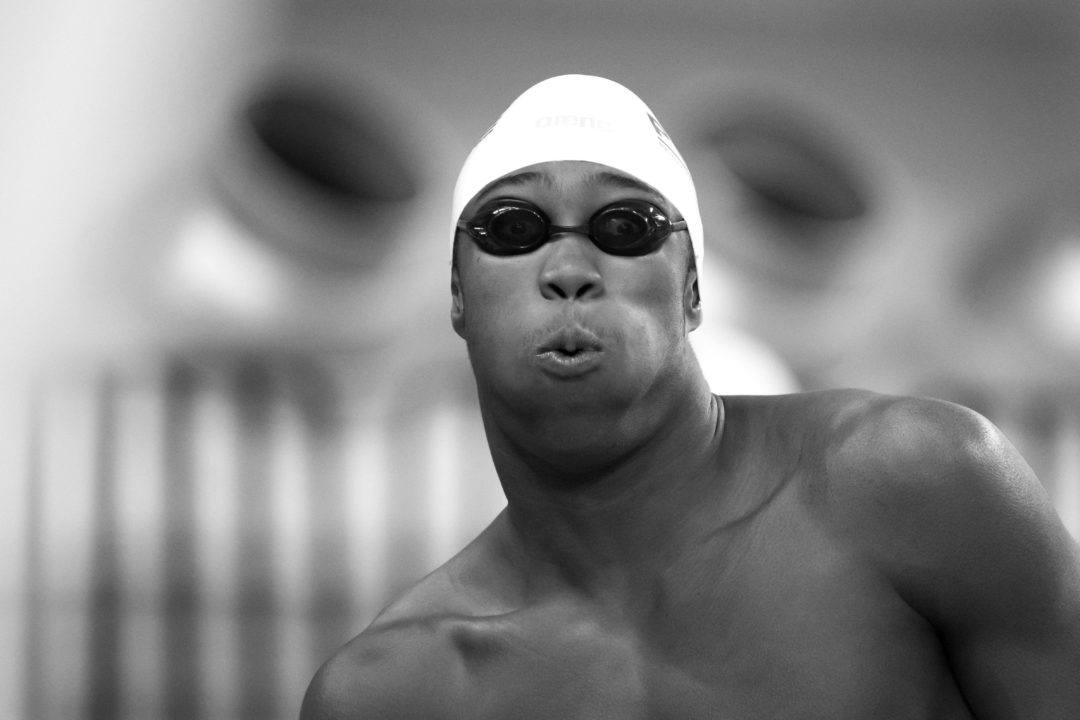 Swimming on the 1st day of the 2018 Eastern Interscholastic Swimming and Diving Championship, an 83-year old meet for prep... Archive photo via Mike Lewis/Ola Vista Photography

Swimming on the 1st day of the 2018 Eastern Interscholastic Swimming and Diving Championship, an 83-year old meet for prep schools in the Northeastern U.S., Penn Charter senior Reece Whitley swam a 1:43.55 in the 200 yard IM. That breaks the National Independent High School Record in the event by almost a second-and-a-half.

The old record of 1:44.90 was swum by Curtis Ogren of Saint Francis High School in Mountain View, California in 2014.

Whitley had faster splits on each of the first 3 legs of the race, and gave up ground on the freestyle, but had more-than-enough room to go.

David Nolan still holds the public and overall high school records with his 1:41.39 from 2011.

Easterns is one of the few meets that, rather than splitting by days between prelims and finals, swims the first half of the meet on Friday and the second half on Saturday. That means that Whitley still has the 100 breaststroke to swim on Saturday. He already owns the National independent and overall high school records in the 100 breast with a 51.84 from this meet last season.

Was that filmed with a toaster?

From what we’ve seen of Reece the longer the race the better….guessing it takes him a little while to get up to speed

If Renoir were alive his videos would look like this.

I didn’t know it was possible to take a video this bad.

he no MA tho

Who cares if he isn’t Micharl Andrew, the best age group swimmer of all time? He’s still fast.