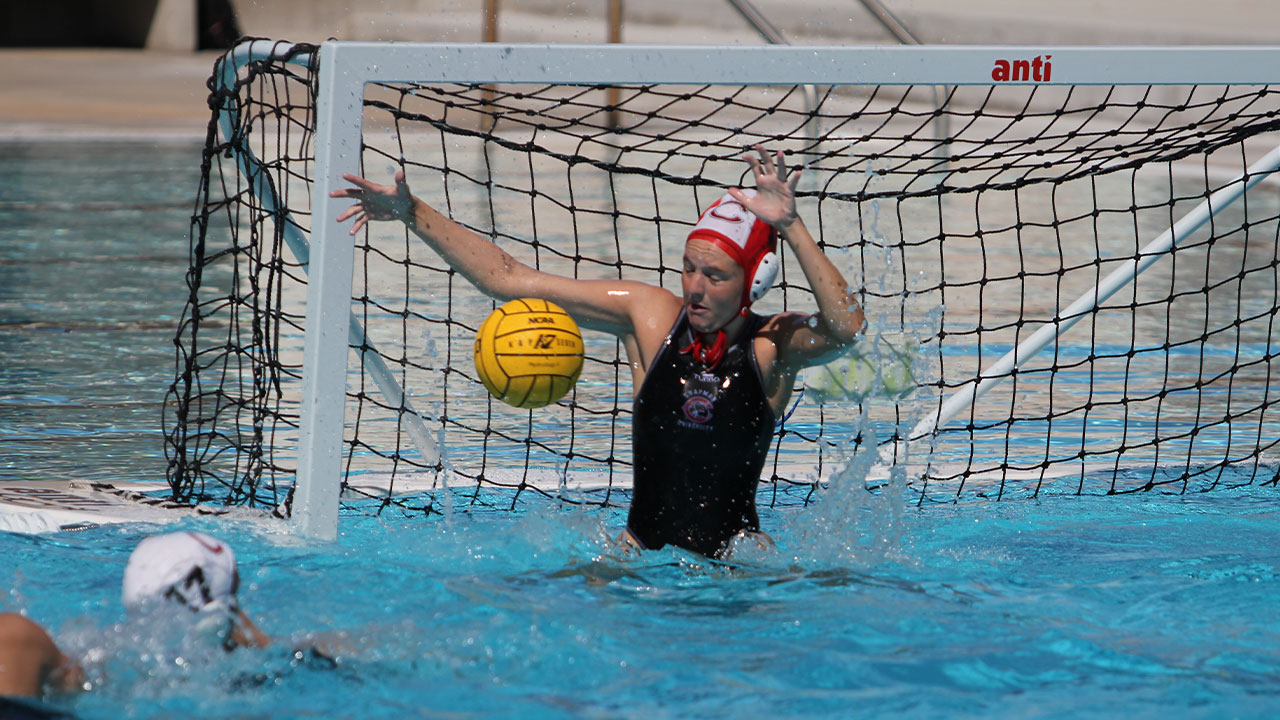 Although the Bulldogs kept things close through the first three periods, the Regals spread the distance in the fourth, topping U of R, 14-6. Archive photo via Redlands Athletics

The University of Redlands women’s water polo team headed West to face the Cal Lutheran Regals on Wednesday afternoon in Thousand Oaks. Although the Bulldogs kept things close through the first three periods, the Regals spread the distance in the fourth, handing the Maroon and Gray a, 6-14, loss.

Sophomore attacker Katrina Nielsen (Houston, TX) won the opening sprint to put the Bulldogs on offense quickly. However, the Regals opened the scoring with two straight goals. Nonetheless, at 4:29 first-year attacker Kaitlynn Pierceall (Beaumont, CA) found Nielsen for the score to cut the deficit in half, 1-2.

Unfortunately, momentum began to swing in favor of CLU, who went on a 5-0 run through the rest of the first and the second period to put the Bulldogs in a 7-2 hole at the midway break.

After an inspiring halftime speech from Head Coach Chris Gielen, the Maroon and Gray came out all cylinders firing for a 3-1 run through the third stanza.

Nielsen won the sprint and kicked off the scoring with a goal at the 5:13-minute mark. Fast forward to 1:43, senior attacker Kelly Klish (Glenview, IL) drew an exclusion for a powerplay advantage. She then found sophomore attacker Alyssa Baratelle (Lake Elsinore, CA) who put it through the posts to close the distance even more. After a late timeout by the Bulldogs, first-year attacker Courtney Sawin (Tacoma, WA) dished out a crafty pass to Holloman who put it past the CLU keeper for a 5-8 score with just 54 seconds left in the third.

However, this would be the final goal for Redlands as the Regals added six more in the final quarter, handing the Bulldogs a tough, 6-14, loss.